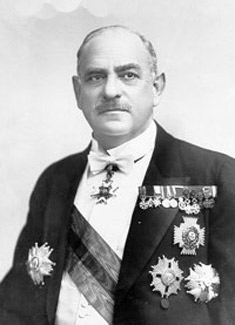 “…equip yourself for life, not solely for your own benefit but for the benefit of the whole community.”

The University takes its name from Sir John Monash, a famous Australian who contributed to almost every level of Australian life.

Not only do we carry Sir John's name, we also take inspiration from his philosophy, as captured by the quotation at the top of this page.

He was a man who used education to turn his natural talent into ability, allowing him to realise his daring ambitions. Our motto, Ancora Imparo ("I am still learning"), captures the essence of his approach to life, a life you can read more about below.

John Monash was born in West Melbourne on 27 June 1865 to German-Polish Jewish parents.

As a child, he attended St Stephen's Church of England School in Richmond, Melbourne, for three years. At the age of nine, Monash and his family moved to Jerilderie, New South Wales where he attended the public school. The school quickly recognised his intelligence, and advised his family to move back to Melbourne so John could realise his full potential.

He eventually returned to Melbourne in 1877 and enrolled in Scotch College. In his final year of school, at the age of 16, Monash was dux in mathematics and modern languages and equal dux of the school.

After completing school, John decided to enrol in arts and engineering at the University of Melbourne.

He entered university at the age of 16 but stopped his studies after two years due to financial hardship.

He began work on the Princess Bridge to pay the bills, the first step in a very successful engineering career.

But Sir John had not lost his desire to study. By the age of 30, he had gained his Bachelor of Arts and a Masters in Science (Civil Engineering) and had qualified as a municipal surveyor, an engineer of water supply and a patent attorney. 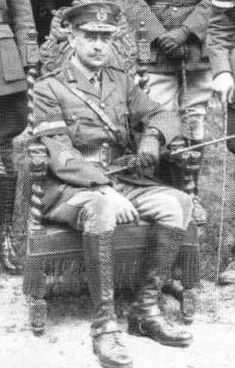 He rose through the ranks, and by 1913 was a soldier with knowledge of staff work, transport, supply, engineering and intelligence.

In 1914, the First World War broke out. He was among the first under fire at Gallipoli and was the only Australian brigade commander among the original troops not killed or evacuated as wounded.

By 1918, he was in charge of the entire Australian Corps. In this same year King George V knighted him on the battlefield for his role in the Battle of Hamel Hill. Many historians consider him to be the foremost Allied military commander of the First World War.

During the worst of the depression of the 1890s, Sir John Monash started with the Harbor Trust, an organisation that aimed to improve access for shipping to Melbourne. While working at the trust, he also studied part time.

He completed the municipal surveyors course and enrolled as a student of the Supreme Court. He began studying the water supply engineers course and also completed his Bachelor of Arts.

In 1894 he started private practice as a consulting engineer and graduated in Arts and Law in 1895.

Monash soon became one of Australia's foremost experts in reinforced concrete for bridges, railways and other large construction projects.

After the First World War, he returned to engineering and became Chairman of Victoria's new State Electricity Commission.

In his last years, he supervised construction of Melbourne's Shrine of Remembrance and oversaw the public appeal for funds. He rewrote the inscription planned for the west wall.

In 1929 the Institute of Engineers, Australia awarded Sir John its highest honour, the Peter Nicol Russell Memorial Medal, and in June 1931 the University of Melbourne gave him the Kernot Memorial Medal for distinguished achievement in Australian engineering.

Sir John Monash was a pillar of Melbourne society. He had great success in the military and in business, but people also recognised his contributions to the community.

He was the natural spokesperson for returned soldiers and in 1925 he began leading the annual Anzac Day march. He was appointed Vice-Chancellor of Melbourne University in 1923, and president of the Australian Association for the Advancement of Science from 1924-26.

Sir John Monash died of heart disease in Melbourne on 8 October 1931, aged 66. He was given a state funeral attended by over 250,000 mourners.

He leaves a legacy as a scholar and a man of action. He was a man who sought, above all, to use his education and abilities for the benefit of the community.