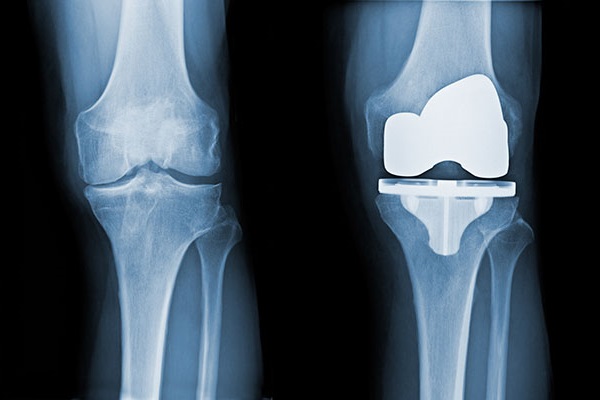 Their findings were published in Arthritis & Rheumatology recently.

OA is an incurable condition, with numbers growing due to ageing populations and increased obesity. Joint replacements are often the last resort to alleviate symptoms.

Strategies to prevent OA to date have shown limited effectiveness, as the ‘one size fits all’ approach to weight management doesn’t account for the wide range of biological mechanisms known to drive OA, and genetic and environmental factors that influence the disease course.

Professor Flavia Cicuttini, Head of the School’s Musculoskeletal Epidemiology team, led a group of investigators from across the School, to develop the world’s first polygenic risk score (PRS) for OA.

She says, “Weight loss is hard, and generalised population messages around it are largely ineffective in changing behaviours. The ability to identify high-risk individuals, and target them with tailored education and programs in early adulthood, is potentially a game-changer.

“It’s far easier to prevent weight gain than to lose weight, and by getting in early and explaining the increased risk, we have a greater chance of preventing OA or reducing it’s impact, and avoiding many of these expensive and invasive surgeries.”

The PRS could also potentially be used to identify ‘fast progressors’ of OA for inclusion in clinical trials aimed at drug development.

An individual’s genetic risk of developing OA may be influenced by numerous subtle genetic changes scattered across their entire DNA library. In isolation, these may not be strongly influential, but collectively they can cause a steep rise in their risk of developing the condition. A PRS is a new way of aggregating the effects of these genetic changes into a single, easily understandable risk score.

The team have independently validated the new PRS against an existing dataset of 12,093 healthy older Australians of European ancestry, from the world-renowned Aspirin in Reducing Events in the Elderly (ASPREE) study.

ASPREE’s dataset contains detailed standardised health data from consenting participants, including joint replacement data and genomic analysis. The ASPREE study has already revolutionised the global medical establishment’s use of low-dose daily aspirin for prevention, and is proving to be a unique and robust dataset that is ideal for investigation of new genomic risk scores, among other research applications around illnesses associated with age.

In the ASPREE cohort, they found an association between specific knee and hip PRSs and advanced OA, independent of age, sex, body mass index (BMI), and socio-economic status. There were different risks of knee and hip replacement among low-risk, medium-risk and high-risk PRS groups, with stronger associations for hip than knee replacement.

Prof Cicuttini says, “The discrepancy between the associations of knee PRS and TKR compared to hip PRS and THR is somewhat expected. It aligns with twin studies that have previously demonstrated a stronger genetic component in hip OA than knee OA. This may reflect the greater effect of obesity and metabolic factors on the knee, while the shape of the hip bone strongly influences hip OA, and bone shape is genetically influenced.”