The Monash Warwick Alliance grew from a shared vision of tackling global challenges with the resources of two ambitious and committed partners. True to this vision, the Alliance continues to support and champion the exchange of ideas and people to deliver meaningful outcomes that have real-world relevance. 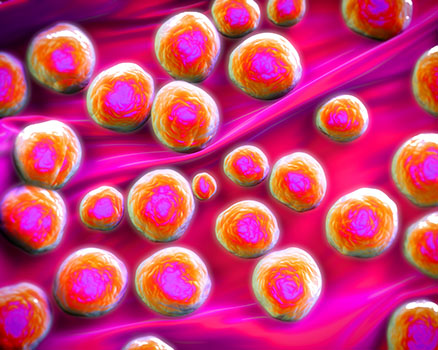 As part of this commitment to collaboration, Monash University was pleased to welcome Professor Greg Challis to Melbourne in late 2016 for a three-month visit.

Professor Challis, a chemical biologist, is focused on how bioactive natural products are made by microorganisms. In particular, he is interested in how bacteria assemble antibiotics. While Nature produces many different types of antibiotic, not all of them are suitable for use in humans.

“Many naturally-occurring antibiotics have potent activity against harmful bacteria, but can’t be used in humans because they cause side effects. We are trying to understand how the enzymes responsible for making antibiotics in bacteria work. This allows to modify the enzymes to produce improved antibiotics that are better-tolerated by patients” Professor Challis said.

With antibiotic resistance a growing concern, the need to produce new and improved antibiotics is fast becoming a research priority around the world.

“Single particle cryo-electron microscopy is a powerful method for examining the giant enzymes bacteria use to make antibiotics, and international collaboration has a key part to play in this.”

The Imaging Centre of Excellence (CoE) is an Australian Research Council-funded initiative involving five universities, including Monash University and the University of Warwick. The CoE, led by Professor James Whisstock, offers the cryo-electron microscopy capabilities needed by Professor Challis for his work.

Professor Challis's appointment as the Warwick-Monash Professor of Sustainable Chemistry (Chemical and Synthetic Biology) coincided with the recent re-signing of the Alliance for a second term.

“It’s a new adventure for me, and I’m looking forward to enjoying the full experience that international collaboration offers,” Professor Challis said.