Aussie schools get pass mark from public...but plenty of suggestions for improvement 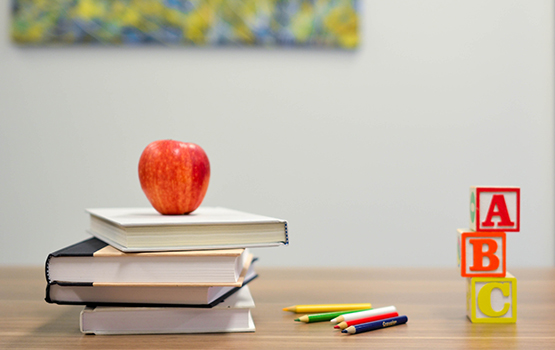 Most Australians don’t see their schools as being ‘in crisis’ or ‘failing’, which is often reported, but more attention should be given to developing students’ life skills in the classroom, according to findings in a new national survey by Monash University.

Despite ongoing media and political discussions of failing schools, crises in teacher quality and classroom behaviour, as well as controversy over initiatives such as the ‘Safe Schools’ Program, Australians are largely positive about the level of education provided to their children.

But many adults believe students should be taught ‘life skills’ as part of the curriculum. This includes knowledge in money management, job preparation, first-aid training and critical thinking, such as recognising fraudulent content online.

These were just some of the findings captured by Dr Deana Leahy and Professor Neil Selwyn from Monash University’s Faculty of Education in a nation-wide survey of 2052 Australian adults to gauge public opinion on the quality of schooling.

Published today (Thursday 21 February 2019), the report titled: ‘Public opinions on Australian schools & schooling’ is one of the first national accounts into public opinions of the state of classroom education.

The key findings of the report include:

Dr Leahy said surprisingly few differences were found between voters of the main political parties, suggesting that politicians, policymakers and governments should collaborate to deliver the best possible student outcomes.

“While debates on education are understandably contentious and personal, our findings suggest that we can all be a little more positive in the overall quality of schooling Australia provides,” Dr Leahy said.

In a ringing endorsement of schools by younger Australians, 86% of people between the ages of 18-29 believed learning outcomes would stay either ‘roughly the same’ or be ‘better than they are now’ in the next 10 years.

But community views differed when it came to identifying the most important issues of children’s education, with the fundamentals of respect and honesty being at the top of the list for older Australians.

“Levels of concern for students being respectful to teachers and peers is almost double amongst respondents in the 60+ years’ age group (72.4%) in comparison to those aged 18-29 years (38.9%). Discrepancies were also found between the two age cohorts when it came to the importance of literacy and numeracy, as well as teacher quality,” Dr Leahy said.

The traditional subjects of mathematics and English were still regarded as priority learning areas across the board, but science (46.2%) and health and physical education (19.2%) were seen as less important.

Adults widely supported the introduction of ‘life skills’ as part of the school curriculum with a particular focus on money and money management, job preparation and domestic tasks, as well as dedicated courses to equip students with skills in technology, coding and artificial intelligence for future jobs.

Dr Leahy said the report results point to an opportunity to broaden the collective ‘educational imagination’ of Australians.

"Ideally, it would be wonderful if all Australians could go 'back to school' for a little while - to experience first-hand how and why teaching practices and school policies have changed since they were in a classroom,” Dr Leahy said.

“Failing that, we need to explore ways of having an informed national conversation about our school system. News media and TV can play an important role here.

“School is something that affects us all. If we are going to make the right decisions for the future, then we need to be up-to-speed with what is going on at present – not just our own recollections from our school days."

To download a copy of the report, please visit monash.edu/edfutures.