Aussies supportive, but sketchy, about role of AI in society 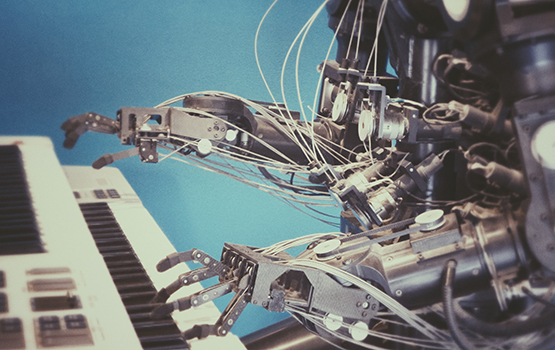 While Australians are supportive of AI in society, many still have concerns over privacy and threats to jobs.

A new national survey from Monash University finds Australians to be relatively positive about the growing use of artificial intelligence (AI) in society, but concerns remain around privacy and threats to jobs.

Key findings from the report, commissioned and published by the Monash Data Futures Institute, shows that Australians’ understandings of AI are varied – from robots “taking over the world” to computers being programmed to perform tasks in a positive fashion.

The report shows that while nearly 90 per cent of Australians were aware of the term, just one-quarter of respondents said they knew ‘a fair bit’ or ‘a lot’ about AI. These are most likely to be people with computer science or programming expertise, and/or from households where a language other than English is spoken.

Despite this, around two-thirds of respondents said they ‘somewhat supported’ or ‘strongly supported’ the development of AI, compared to only 12 per cent who said they were opposed to any AI advancements in Australia.

The report is based upon an analysis of data generated by a nationally-representative survey of more than 2000 Australian adults.

These findings come at a time when government analysts warn Australia is behind the international curve when it comes to building an AI industry that will require about 161,000 specialised workers by 2030.

The Artificial Intelligence Roadmap, published by the Australian Government in 2019 and co-developed by CSIRO’s Data61 and the Department of Industry, Innovation and Science, says AI could be worth $22.17 trillion to the global economy by 2030.

While the latest research finds Australians have high levels of optimism about AI in comparison to countries, such as the US, lead investigator Professor Neil Selwyn from Monash University’s Faculty of Education, says a greater public understanding of AI is needed.

“Most Australians have moved on from seeing AI as something in movies such as Terminator. But people still tend to imagine powerful forms of AI – overlooking the more mundane instances of AI that are already all around us,” Professor Selwyn said.

“Our survey showed people supported regulation to control the development of technology like autonomous vehicles and lethal autonomous weapons. But perhaps the most important issues to be worried about at the moment are more everyday things like internet search engines and fake news.

“AI is something that we are all going to have to make big decisions about during the decade. Australia would definitely benefit from our IT industry, research communities and governments getting together to support public education around the issues raised by the technology.”

Other key findings from the report include:

Professor Joanna Batstone, Director at Monash Data Futures Institute says “the past 10 years or so have seen artificial intelligence (AI) technologies become a prominent topic of discussion across Australian society.

This Monash Data Futures Institute report presents one of the first comprehensive pictures of Australian public understandings, attitudes and opinions relating to AI and society and reveals high levels of support for the use of AI to address social, humanitarian and environmental challenges.”

Professor Geoff Webb, Research Director at Monash Data Futures Institute, said AI technologies have great potential to support social and economic advancement, but all too often, they’re used without regard or benefit for the greater good.

“It is critical that the public understand both the positive and negative potentials of AI technology, and that there are well-informed and regulated frameworks in place for their use,” Professor Webb said.

To download a copy of the report, please visit the Monash Data Futures Institute.