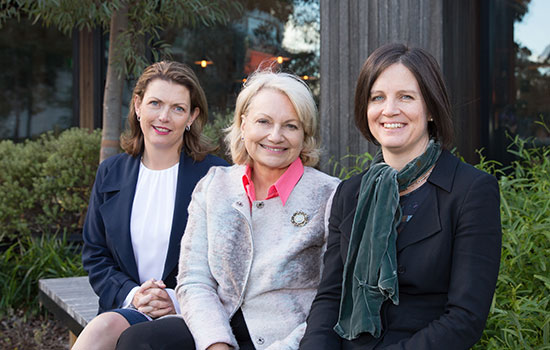 A Monash Alumnus, Dr Stone is currently Australia’s third Ambassador for Women and Girls and holds a distinguished 20 year career in the Australian Parliament. Her role as Monash GPS Patron complements her Ambassadorial role, where Dr Stone will continue to progress major issues that affect women and girls, such as child marriage, human trafficking and poverty. Dr Stone will share Monash GPS’ significant research in this field at major global forums, including the United Nations and Pacific Islands Forum.

On accepting her new appointment, Dr Stone said her partnership with Centre would strengthen advances to achieve gender equity in the region.

“We’re not achieving in our region in the Asia Pacific, anything near an equal opportunity scenario for women or children in any country. Therefore the Gender, Peace and Security Centre at Monash University is so important in the research it does. If we can advance the cause in how to achieve gender equity, then peace and security must follow.”

Dean of the Faculty of Arts, Professor Sharon Pickering, said Dr Stone’s appointment would assist the Centre in translating its leading research into real world outcomes for women and girls.

“She will be able to assist with the core mission of Monash GPS to bring a research-informed gender perspective to foreign policy and international security in Australia as well as in the Asia-Pacific region and in global fora.”

GPS Director, Professor Jacqui True said she was delighted Dr Stone had agreed to serve as foundation patron and her role would significantly enhance the Centre’s impact.

“Australia is just one of three countries in the world to have a Global Ambassador for Women & Girls to promote gender equality and transformation regionally and internationally, with Monash GPS research focused in many of the countries Dr Sharman Stone visits in her ambassadorial role."

Monash GPS is in the Faculty of Arts' School of Social Sciences and consists of a group of policy and community engaged scholars whose research is focused in the field of gender, peace and security and aligned with the UN Security Council’s Women, Peace and Security Agenda. The Centre is a member of the new Global Consortium of Women/Gender, Peace and Security research centres alongside three international centres at the Peace Research Institute Oslo, London School of Economics and Georgetown University. Monash GPS conducts research to inform scholarly debate, policy development and implementation, public understanding about the gendered politics of armed conflict and the search for peace. Monash GPS partners with the Department of Foreign Affairs and Trade on a number of research projects including: