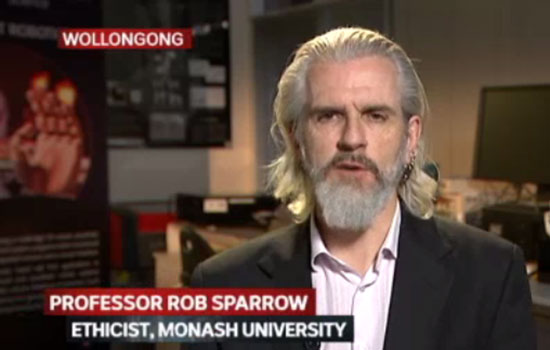 Monash University ethicist, Professor Rob Sparrow, appears on ABC Lateline to discuss the implication of the rise of Artificial Intelligence.

Professor Sparrow’s research focuses on the ethics of new technology, including the use of robots, and said the introduction of military robots could increase the incidence of war not lower it.

“I worry that we're being sold a potentially very destabilising technology that makes war more likely by the promise it will lower non-combatant casualties.”

Professor Sparrow said as soon as driverless cars were safer than human beings, it should be illegal for human beings to drive.

“We should essentially say look these robots are safer than human beings. When a human being puts their hands on the steering wheel they put your life at risk and we should treat human beings as though they were drunk robots and make it illegal to drive.”