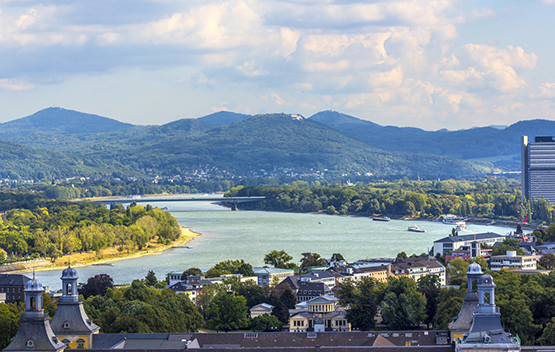 As members of the international community converge on Bonn, Germany, for the UN Climate Change Conference, COP23, three members of Monash University Law School will be among those intent on negotiating the next important steps in shifting the global community towards a low emission, decarbonised future.

Drs Rowena Cantley-Smith (Delegation Head), Gerry Nagtzaam, and Vanessa Johnston will attend the 23rd Conference of the Parties (COP23) to the United Nations Framework Convention on Climate Change (UNFCCC) from 6 to 17 November.

They will provide an exclusive insider view of proceedings by streaming live on Facebook each day at 6:00pm AEDT (8:00am Bonn, Germany).

In 2016, Monash University obtained official observer status with the UNFCCC, allowing it to send a small delegation to attend the COPs. Having secured broader access than the media, they will mingle with participants and watch negotiations as they take place.

Dr Rowena Cantley-Smith said she was thrilled to attend the COP23 with colleagues representing such diverse climate change expertise.

"For myself and other Law Faculty colleagues, the insights and first-hand knowledge gained through this event will be invaluable to our legal teaching and research.”

Referred to collectively as the COP23, the Conference will run in conjunction with the meetings of its related conventions, the Kyoto Protocol (KP) and the Paris Agreement (PA).

The COP23 provides a vital opportunity to galvanise global action on climate change in several key ways, including facilitating:

This year, a select group of Monash academics will form part of the 20,000+ participants expected to descend on Bonn during the two week period.

They will be joined by staff from the Faculties of Engineering, Arts, and Education, and two climate change bodies - Monash Net Zero and Climate Works.

Together, they represent the extensive multidisciplinary climate change expertise existing across Monash University.

This is a significant achievement for Monash Law and reflects the fact that addressing the issue of climate change - nationally and internationally - requires the involvement of not only scientific and technical experts, but international and national legal experts as well.

The Facebook Live stream is planned for the following dates:

Dr Cantley-Smith has been appointed head of Monash’s Delegation to the CPO23.  She has engaged in legal practice (Barrister) and multidisciplinary research, legal teaching, and private sector grant work in international law, climate change law, environmental law, and energy law for more than 20 years, in both Australia and Europe. In the past year, she has also been liaising with DFAT’s climate change section regarding key international law aspects of the forthcoming COP23 treaty negotiations. In addition to attending the Plenary meetings, and meetings of groups of the Convention and Protocol bodies in the first week of COP23/CMP13 (scheduled in week 1), she is particularly interested in attending the High-level segment, where Statements by Parties and observer organisations are provided (scheduled in week 2).  These form an essential part of the international climate change treaty negotiations and the on-going development of the international climate change legal and regulatory regime.

Dr Gerry Nagtzaam is an Associate Professor in the Law Faculty at Monash University specialising in international environmental law. He has a particular interest in how environmental treaties and their underlying norms are created and evolve over time. At COP23, he is interested in observing the interactions between the various stakeholders as they attempt to strengthen and embed the Paris Accords with a view to better understanding the negotiation process.

Dr Vanessa Johnston is a lawyer, and lecturer in the Law Faculty at Monash University. Her teaching and research interests include climate change, property, and tax, particularly areas where these topics overlap, namely: carbon pricing and environmental taxation. Her recently published book (Australian Taxation Research Foundation, 2017) examines how tax laws can be used to encourage mitigation of greenhouse gas emissions from road transport in Australia. She is involved in projects that examine private property rights in the context of climate change in Australia and New Zealand. At COP23 she will be observing negotiations and decisions relating to greenhouse gas emissions mitigation and adaptation measures in relation to road transport and land use (agriculture/forestry).