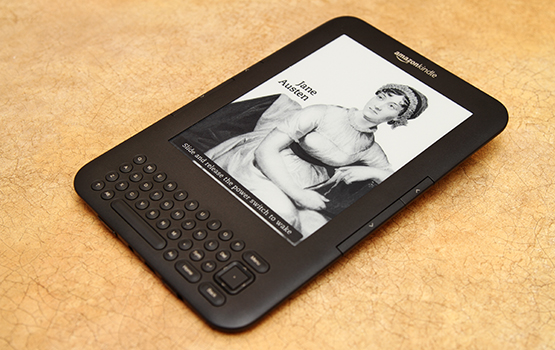 The sense and sensibility of Jane Austen enters the digital age through an interactive exhibition designed by Monash University Art, Design and Architecture students, hosted by Library at the Dock in Melbourne from Monday 5 June.

The exhibition titled, Jane Austen, By a Lady, explores the life, times and books of Jane Austen and links her texts to the world of 250 years ago.

Innovative multimedia designed by the students, transport the visitor back to the history, culture, geography and lifestyle of the late 18th and early 19th century. Virtual reality and animations are just some of the inventive media used.

The exhibition is a collaboration between retired Monash Medicine Professor Chris Browne and colleagues in the Faculty of Art, Design and Architecture. The Master of Design students have assembled a range of interactive media, guided by Professor Browne who is an avid collector of rare Austens and whose collection forms part of the work.

Hosted by the City of Melbourne, and a feature of Rare Book Week, the exhibition marks the 200th anniversary of the death of Jane Austen.

Professor Browne said the exhibition was a powerful example of how multimedia design can be used to tell even the oldest of stories in a new visual format.

“The students have had to learn about the Regency period in England, as well as the life of Jane Austen, and have adapted the technology to give visitors a multi-faceted and interactive experience.

“It has opened everyone’s eyes to how these iconic works can be freshly appreciated through the application of the latest technology,” Professor Browne said.

Free to the public, the exhibition opens today and features an appearance by her fifth great niece, Caroline Jane Knight – the last of the Austen descendants to grow up in Chawton, England, where Jane herself lived and wrote her most famous works.