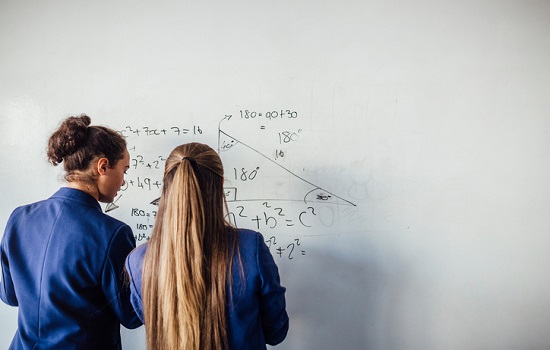 New research from Monash University has found that girls in single-sex schools are more likely to study chemistry, intermediate mathematics, advanced mathematics and physics in their senior years when compared to their co-ed counterparts.

The research, conducted by Professor Helen Forgasz and Adjunct Professor Gilah Leder of Monash University and commissioned by The Alliance of Girls’ Schools Australasia, revealed that in 2015 girls in single-sex schools in Victoria were more likely to study the following STEM subjects than girls in co-ed schools:

Enrolments in other STEM subjects were similar for girls in single-sex and co-ed schools, including in biology, standard mathematics and information technology subjects. Ros Curtis, President of the Alliance of Girls’ Schools Australasia, said the Monash University research demonstrated the positive role girls’ schools played in encouraging women into STEM fields, which is vital for the future economy of the country.

“This research confirms that, in an all-girls learning environment, free from gender bias or social pressure from boys, girls thrive in what have been traditionally regarded as male-dominated subjects,” said Ms Curtis.

Alliance of Girls’ Schools Australasia Executive Officer Loren Bridge said that one of the major hurdles to boosting the number of women in STEM is giving girls confidence in these subjects from a young age.

“An all-girls learning environment provides the motivation, self-belief and resilience for girls to feel confident about their abilities in maths and science, they are more assertive, willing to take risks, ask questions and make mistakes,” said Ms Bridge.

The authors of the report also found that there is still a “gendered expectation” that women will be the main carer of children, as well as gender stereotyping, harassment and bullying in male-dominated fields like engineering, and that these contributed to many survey respondents making career changes away from STEM.

“While mention of these barriers was not surprising from older participants, disappointingly they were also cited by younger women,” said Professor Forgasz.

Reasons given by younger females (21-30 years old) include excessively long working weeks, lack of support, scarcity of grants, the need to travel internationally for short-term contracts that may never turn into a stable job, and the difficulty of combining parenting and childcare with careers requiring field work.

Alliance of Girls’ Schools Australasia Executive Officer Loren Bridge said the reality for girls is that the ‘real world’ is not yet a gender-equal playing field.

“While it’s very encouraging that efforts to increase the number of girls taking advanced STEM subjects is paying off and flowing through to the number of graduates entering STEM fields, it’s concerning that young women pursuing STEM careers are still coming face-to-face with the issues of harassment, bullying and gender stereotyping. Clearly there is a lot of work to be done to change the culture of STEM workplaces,” said Ms Bridge.