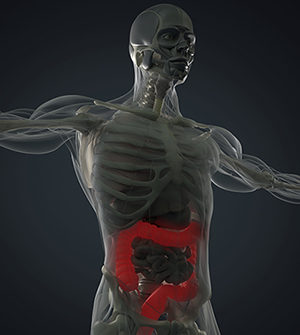 As many as one in five Australians are affected by Irritable Bowel Syndrome (IBS), enduring symptoms ranging from occasional abdominal pain to gastrointestinal problems so debilitating that they are unable to work. Monash University researchers demonstrate that hypnotherapy is on par with the popular low FODMAP diet for improvement of IBS symptoms.

The researchers, from Monash University and Alfred Hospital’s Department of Gastroenterology, led by Dr Simone Peters, became interested in hypnotherapy as a possible treatment after noting that some patients didn’t respond well to a low FODMAP diet or found it hard to stick to. The diet, which focuses on reducing a group of carbohydrates called FODMAPs, was developed by Monash and is the Alfred’s primary way of treating IBS. It’s available globally as an app.

Knowing that the effectiveness of gut-directed hypnotherapy for IBS patients had been proven in studies in the United Kingdom, the researchers set about recruiting participants for an Australian study. “We had an incredible response – hundreds were interested in applying,” Dr Peters said.

They tested 78 people, dividing them into groups that used hypnotherapy alone, diet alone and a combination of therapies. Dr Peters conducted the hypnotherapy, which involved for example the idea of swallowing medicine and imagining it sliding down the oesophagus, through the stomach, coating the intestines and improving the symptoms over time.

The efficacy of the treatments was measured six weeks later, showing improvement in symptoms for all groups (72 per cent, 71 per cent and 72 per cent respectively).

The participants were then asked to stop using the therapies and the groups tested again at six months, which revealed long-term improvements of 74 per cent, 82 per cent and 54 per cent.

“It’s great that there’s another therapy that we can now recommend in the clinic for those who do not have great success with the diet,” Dr Peters said.

Hypnotherapy was shown to be more beneficial from a psychological perspective, reducing the levels of anxiety and depression experienced by participants, she said, noting that overall patients were not clinically depressed or anxious at enrolment.

The study was recently published in Alimentary Pharmacology & Therapeutics, but its findings have been known for some time pending publication and have been well-received at a number of conferences both here and overseas.

Hypnotherapy has been used in the Functional Gastrointestinal Disorders and Coeliac Clinic at the Alfred since 2014 and had an 18-month waiting list at one stage. It is in demand elsewhere but services are restricted by the limited number of specialised practitioners.