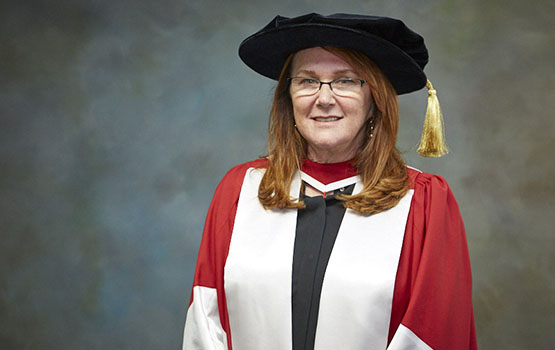 Australian entrepreneur Ms Naomi Milgrom AO and Justice of the Court of Appeal, Supreme Court of Victoria, the Hon Justice Mark Weinberg AO, have been recognised by Monash University with its highest award, an Honorary Doctorate.

The degrees of Doctor of Laws honoris causa were conferred during graduation ceremonies on the 26 and 27 October, at which Ms Milgrom and Justice Weinberg delivered graduation speeches to students.

Naomi Milgrom AO is widely recognised as an exceptional business leader, a pivotal figure in the Australian retail and fashion industries, a distinguished philanthropist and mentor to a wide range of arts, scientific and educational organisations.

“Not only is Ms Milgrom a pioneer of Australian fashion and a major business leader, her contribution to arts, design and culture through a diverse array of philanthropic projects has been transformative for many communities,” Professor Gardner said.

In 2014 she established the Naomi Milgrom Foundation to promote the social, economic and environmental benefits of design and architecture, and their interconnectedness with contemporary culture through collaborative public/private partnerships. 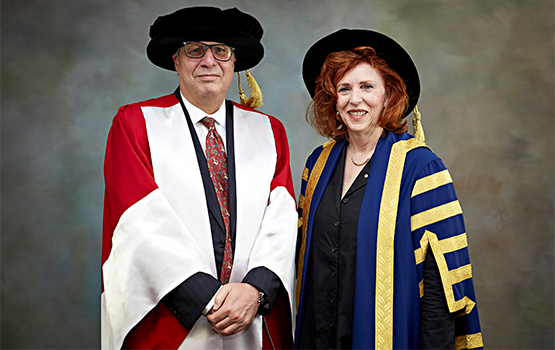 Justice Mark Weinberg AO has enjoyed an extensive career in the Australian judiciary system on both a Federal and State level, currently serving as a Judge of the Court of Appeal, Supreme Court of Victoria since 2008.  Prior to this he served as a Judge of the Federal Court for 10 years.

Professor Gardner commended Justice Weinberg for his exceptional record of contributions to the law and the judiciary.

“Justice Weinberg has established a remarkable legacy through his accomplishments and service to the legal community and has emerged as one of Australia’s most respected judicial figures,” Professor Gardner said.

Justice Weinberg has published extensively in various legal and academic journals.  He has also written a number of legal texts, and continues to present at professional and academic conferences.