Monash University’s Indonesia campus is an official legal entity in Indonesia and has been granted a licence to operate by the Indonesian Ministry of Education and Culture, a significant milestone in establishing the country’s first-ever international, foreign-owned university. 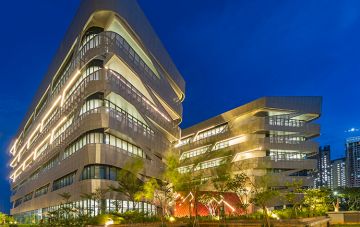 Yayasan Monash University Indonesia, known as Monash Indonesia, will be a research-intensive postgraduate campus with a network of industry connections, offering master and PhD degrees, as well as executive programs and micro-credentials.

Monash University President and Vice-Chancellor Professor Margaret Gardner AC said the campus’ legal establishment in Indonesia and our official licence is a further step in cementing Monash’s commitment to Indonesia and our  in-country campus becoming a reality.

The campus in Indonesia will offer additional opportunities for student and staff global mobility, and cross-nation research collaboration with local university and industry partners. This is particularly important in areas of high priority and demand, including data science and digital technology; infrastructure and urban design; creative industry and entrepreneurship and public policy and public health.

This builds on the groundbreaking research collaborations between Monash and Indonesia, including the Revitalising Informal Settlements and their Environments (RISE) program and the World Mosquito Program (WMP).

Pro Vice-Chancellor and President (Indonesia) Professor Andrew MacIntyre said: “The mission of Monash Indonesia is to contribute strongly to the further social, economic and technological development of Indonesia.”

“The legal establishment and licence allows us to forge ahead with designing a state-of-the-art, purpose-built campus in a burgeoning, modern and sustainable city centre,” Professor MacIntyre said.

Indonesian Education and Culture Minister Nadiem Makarim has welcomed the next steps for progressing the Monash campus.

“Strengthening the Indonesian education system is of high priority to all in Indonesia and a Monash campus will support, and accelerate this. It will also continue the work we are doing with Australia in broadening our social, economic and technological links.”

Monash Indonesia is the first international university to be established in Indonesia, deepening the partnership between the two countries. The Victorian Government, Australian Government and Indonesia Government have put their full support behind the establishment of this campus, anticipating it will make a strong and distinctive contribution to the already strong ties between Indonesia and Australia.

Recruitment for academic and professional positions at the new campus will now begin. Monash Indonesia’s first intake for its masters programs is set for October 2021.