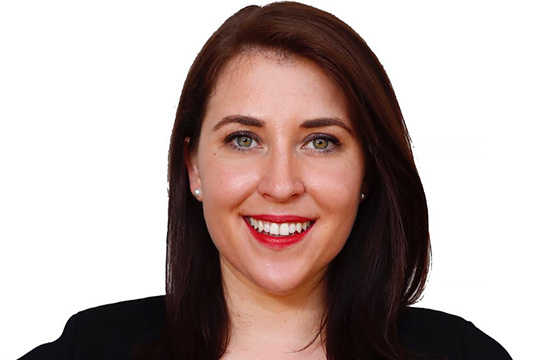 Smethurst was presented with her award at the Mid-Winter Ball at Parliament House in Canberra on June 14 before the Press Gallery and many leading politicians, including Prime Minister Malcolm Turnbull and Opposition Leader Bill Shorten.

The Press Gallery award follows a succession of accolades that Smethurst has received during three years in Canberra, including a Walkley for the Choppergate affair.

Within three years in the Canberra Press Gallery, Smethurst has become a national political editor who is renowned for breaking key scoops.

Her forensic approach to investigative political reporting has seen key political players being held accountable for their actions.

Smethurst studied journalism and international studies at Monash and completed an Honours research thesis in 2010.

She said her Press Gallery award took her by surprise.

“I was shocked to hear my name called out on the night and found myself struggling to find the right words,” Smethurst said.

“Being recognised by my colleagues means so much to me.

“This is my third year in the Federal Press Gallery and it has been an amazing experience. I’ve learnt so much from so many wonderful journos, many of whom are now my friends.”

The judges wrote that Smethurst’s entry “stood out in a record field of candidates who all submitted work of the highest quality.”

“Annika’s revelations about then Health Minister Sussan Ley’s Gold Coast travel demonstrated quality tabloid journalism at its best and most effective: a big scoop, followed by relentless and detailed follow-up reporting in the face of institutional resistance,” the judges wrote.

“Her dogged pursuit of the story resulted in a Cabinet minister resigning and the Prime Minister ordering a sweeping overhaul of the parliamentary entitlements system.

“Annika is a worthy winner of the Press Gallery’s highest accolade.”