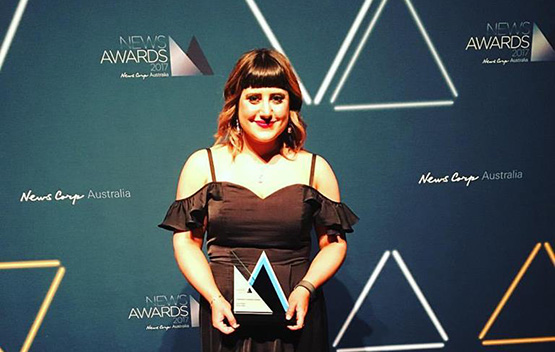 Suzan’s stories on a Korean family facing deportation were recognised as the most outstanding in News Corp Australia’s community news category.

Representing Monash Leader, Suzan faced serious competition from Fox Footy and The City Paper in Adelaide in the News Awards, which were announced at a function in Sydney on October 27.

“I took up the fight for the Lee family, after years of legal battles which had amounted to nothing and left the family with the prospect of being sent back to Korea,” Suzan said.

“After closely following their case and writing a series of stories, the immigration minister revoked the decision at the last minute, allowing the family to stay.

“My stories showed what community papers offer - a voice for those who struggle to be heard.”

Suzan said it was an honour to be nominated for a News Award during her first 12 months at Leader Community Newspapers.

“When they announced the winners in my category, I was in complete shock and I’m still overjoyed by the result,” she said.

“The night was fantastic as I had the opportunity to meet a lot of inspiring people and leaders within News Corp.

“I look forward to seeing what I’ll achieve in the next 12 months and seeing where my career takes me.”