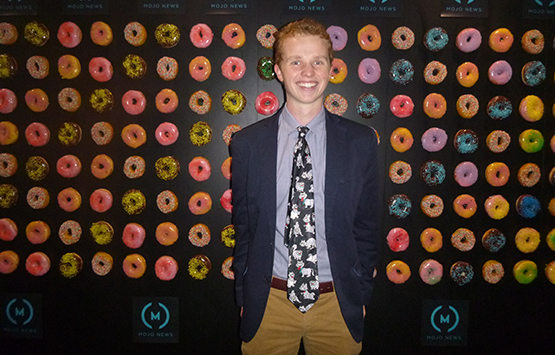 The Ossies, organised by the Journalism Research and Education Association of Australia (JERAA), are judged by leading Australian journalists.

Head of Media, Film and Journalism Associate Professor Mia Lindgren congratulated MFJ’s award-winning journalism students and all staff who mentored and supported them.

“Winning five national journalism student awards is a wonderful testament to the caliber of our students – the next generation of journalists,” Associate Professor Lindgren said.

“It confirms Monash University as the leading journalism school in Australia, for the second year in a row.”

“Mojo works because the students take pride in the publication, and in the work they do for it. I'm particularly proud of the student editors, who do the most amazing job,” Ms Hente said.

“It's not just talent – which they have in spades – it's the commitment and the effort they put in every day, and the ideas and plans they have to make it even better.”