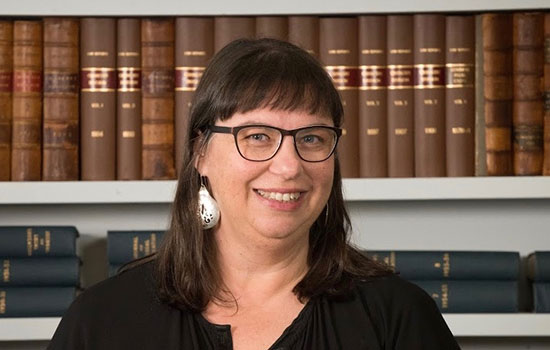 Monash Law School’s intriguing new podcast series, Just Cases, promises to delve into the legal stories that have changed the way Australians live, yet may be rather obscure or unfamiliar to the public.

Each week listeners can hear the fascinating details of these court cases, and the stories of those individuals caught in the crossfire.

Producer James Pattison said the idea for a podcast came out of the awareness that there were so many great stories to tell.

“At Monash Law School, so many juicy and really important court cases are recounted to students during lectures. But it’s only if you sit in the classroom that you get to hear these stories.

“We thought there is so much drama here and the community has a real appetite for real legal stories and legal knowledge. We wanted to put these cases into plain language so that everyone can listen,” Mr Pattison said.

Just Cases is hosted by respected Monash Law School senior lecturer and Deputy Director of the Castan Centre for Human Rights Law, Melissa Castan, who said it was a great opportunity for Monash to engage with the broader community.

“Monash academics have so much to tell us beyond their familiar roles in the lecture theatre,” Ms Castan said.

“These episodes show us some of the best and the worst of what the law can do, and it's a unique opportunity to have our experts uncover the human dimensions of the law.”

Episode 1: A dagger at the heart of society

This episode recounts the story of three men who were accused of shooting dead an unarmed police officer in the NSW town of Tottenham over 100 years ago, in 1916.

Two of the men, Roland Kennedy and Frank Franz, were members of the radical anti-war Industrial Workers of the World, or IWW, otherwise known as the ‘Wobblies’.

Their IWW membership, as much as their crime, set them on a collision course with powerful political forces during a turbulent yet forgotten time in Australia's past.

"What really stands out about it is the lengths to which government was prepared to go to demonise these people and to put them in gaol and to, in this case, put them on the scaffold," Dr Stephen Gray said.

EPISODE 2: Help! I crashed my Uber
Episode two will be available on 12 September and takes a look at the very topical concept of vicarious liability. In the gig economy our cars, spare rooms and spare time have become handy money-earners. But sometimes things don't go as planned. If you're an Airbnb host, an Uber driver or Deliveroo cyclist and you injure someone else on the job, who has to cough up the money? It all comes down to whether you’re carrying on your business as an employee – but this is not as simple as it sounds, as some pre-sharing economy court cases show.

She is co-author, with Professor Sarah Joseph, of The International Covenant on Civil and Political Rights: Cases, Commentary and Materials (2013), and Federal Constitutional Law: A Contemporary View(2014), as well as numerous scholarly articles and chapters.

She is National Convenor of the Alternative Law Journal, and co-hosts 'Law Radio' - a legal podcast, with Kate Galloway.

Producer James Pattison works in media communications with Monash Law School. James has worked as a radio and TV producer with the Australian Broadcasting Corporation and 'The Project' on Network Ten.