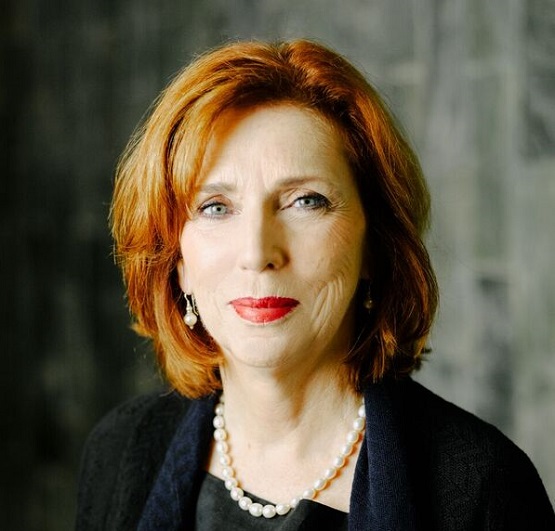 President and Vice-Chancellor Professor Margaret Gardner appointed a Companion of the Order of Australia (AC) in the 2020 Australia Day Awards.

Monash University congratulates President and Vice-Chancellor, Professor Margaret Gardner, who has been appointed a Companion of the Order of Australia (AC) in the 2020 Australia Day Honours.

The Companion of the Order of Australia (AC), the highest award in the Order of Australia, recognises eminent achievement and merit of the highest degree in service to Australia or to humanity at large. Professor Gardner is appointed an AC for her eminent service to tertiary education through leadership and innovation in teaching and learning, research and financial sustainability.

The only Victorian appointed an AC in this year’s Australia Day Honours, Professor Gardner is the fourth Monash Vice-Chancellor to receive this prestigious recognition. In 2007, she was appointed an Officer of the Order of Australia (AO) in recognition of her service to tertiary education, particularly in the areas of university governance and gender equity, and to industrial relations in Queensland.

Monash University’s Chancellor, Mr Simon McKeon AO, congratulated Professor Gardner on receiving the honour: “This is one of the most well-deserved awards we will see in Australia. Professor Gardner’s commitment to her role in education is second to none - there are so many students, researchers and educators benefiting every day from what she does.

“Professor Gardner is passionate about the Australian and global education industry and tertiary sector in many ways. She’s determined to make sure young people have access to education, have a quality experience at university, and come out as well-rounded global members of community – but that’s just one part of it.

“She’s also driven to combat the challenges of our age, which is one of the reasons she’s focused on developing Monash’s, and in turn Australia's reputation in research – build the profile, attract more funding, and work with industry and our alumni to see Australian researchers create real impact and positive change through world-class research,” said Mr McKeon.

Tertiary education and research in Australia continue to benefit from the work and expertise of Professor Gardner. She was the Chair of Universities Australia from 2017 to 2019, and is the current Deputy Chair of the Group of Eight universities.

She is also the inaugural Chair of the Council for Advancement and Support of Education (CASE) Asia-Pacific Regional Council, a Director of Infrastructure Victoria and the Australia and New Zealand School of Government (ANZSOG), and a member of the Prime Minister and Cabinet’s Inclusion and Diversity Committee. In 2018, she was elected a Fellow of the Academy of the Social Sciences in Australia.

One of Professor Gardner’s key focus areas is the future of Australia’s post-compulsory education. In 2018, she established the Monash Commission to conduct a series of independent, in-depth inquiries into public policy matters that Monash University sees as critical to Australia’s future.

This first Monash Commission looked into the role of post-secondary education in a globally disrupted world and collected views and recommendations from leaders in education and industry from the UK, US and Australia.

In Melbourne’s south east, Professor Gardner continues to advocate for the importance of the Monash Technology Precinct, which Monash University sits at the centre of. The precinct now contributes around $10 billion to the Victorian economy yearly, supporting more than 13,000 businesses and employing nearly 90,000 people, and international leaders in innovation, such as industry partners CSIRO, Agilent Technologies, Janssen, Johnson & Johnson, Pfizer and Woodside Energy.

Professor Gardner also drives the agenda of global challenges in many areas, including sustainability and inclusivity. The recent launch of Monash’s new William Cooper Institute highlights the importance of equitable education for all, with this institute dedicated to Indigenous advocacy and change. Monash is also focused on building a major scholarship program to support students from disadvantaged backgrounds to have the necessary support to gain a university education.

In line with the United Nations’ 17 Sustainable Development Goals, Professor Gardner committed the University to Net Zero carbon emissions by 2030, ensuring our campuses are leading the way in best practice as well as developing education and research to secure this goal.

Before joining Monash, Professor Gardner was Vice-Chancellor and President of RMIT from April 2005 until August 2014, and was also a Chair of Australian Technology Network (ATN) universities within that time.

She led the Museums Board of Victoria as President for eight years until 2016, was a Director of the Australian Learning and Teaching Council until 2011 and then Chair of the Strategic Advisory Group to the Office of Learning and Teaching of the federal Department of Education until 2016. She also served as a member of the Council of Australian Latin American Relations from 2007 until 2013 and the International Education Advisory Council Review of International Education in 2013.

She has extensive academic experience, having held various leadership positions in Australian universities throughout her career, including at the University of Queensland and Griffith University. She holds a First-Class Honours in Economics and a PhD in Industrial Relations from the University of Sydney, and was a Fulbright Postdoctoral Fellow.