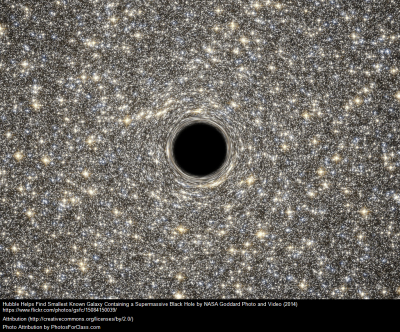 Monash researchers are proud to be part of the recent third detection of gravitational waves by the Laser Interferometer Gravitational-wave Observatory (LIGO), which opens a new window in astronomy.

International research on the third detection has just been published in Physical Review Letters.

As was the case with the first two detections, the waves were generated when two black holes merged to form a larger black hole.

The third detection solidifies the case for a new class of black hole pairs, or binary black holes, with masses that are larger than what had been seen before LIGO. The newfound black hole, formed by the pair's merger, has a mass about 49 times that of our sun. This fills in a gap between the masses of the two merged black holes detected previously by LIGO, which had solar masses of 62 (first detection) and 21 (second detection).

“LIGO’s latest detection – called GW170104 – is the most distant source of gravitational waves ever seen, allowing us to peer three billion years into the past,” said Monash astrophysicist and LIGO team member, Dr Eric Thrane from the School of Physics and Astronomy.

“As was the case with the first two detections, the waves were generated when two black holes

merged to form a larger black hole,” he said.

In the latest merger, the final black hole was some 50 times the mass of our Sun.

Professor Matthew Bailes, Director of the new Australian Research Council Centre of Excellence for Gravitational Wave Discovery (OzGrav) said the event released more energy in its last few orbits than that of rest of the entire universe, yet when the ripples passed the LIGO detector they made it vibrate by just one attometer, or 0.00000000000000001 metres.

“This detection is just the tip of the iceberg. As LIGO gains sensitivity we can use this wealth of data to test Einstein’s more remarkable predictions,” said fellow LIGO member and Monash astrophysicist Dr Paul Lasky.

“Future observations may allow us to measure the shape of an individual black hole,” he added.

“One of the most exciting possibilities are gravitational waves from the early universe, which could someday allow us to probe the moments after the Big Bang,” said Monash astrophysicist and Chair of the LIGO Stochastic Group, Dr Letizia Sammut.

“Such measurements will have far reaching consequences across many fields of physics.”

The LIGO Laboratory is funded by the NSF, and operated by Caltech and MIT, which conceived and built the Observatory. The NSF led in financial support for the Advanced LIGO project with funding organizations in Germany (MPG), the U.K. (STFC) and Australia (ARC) making significant commitments to the project. More than 1,000 scientists from around the world participate in the effort through the LIGO Scientific Collaboration, which includes the GEO Collaboration. LIGO partners with the Virgo Collaboration, which is supported by Centre National de la Recherche Scientifique (CNRS), Istituto Nazionale di Fisica Nucleare (INFN) and Nikhef, as well as Virgo's host institution, the European Gravitational Observatory, a consortium that includes 280 additional scientists throughout Europe.