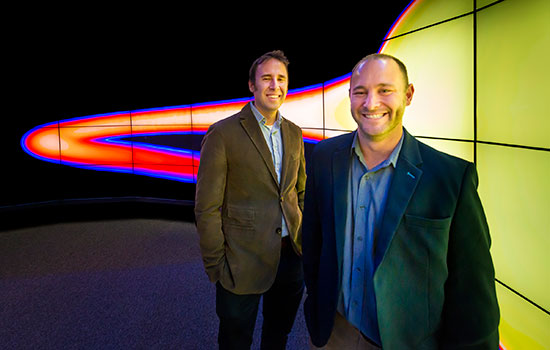 A team of researchers at Monash University has taken part in the detection of gravitational waves from a pair of merging neutron stars. The result is likely to be remembered as one of the biggest astronomical discoveries of the 21st century.

The Monash researchers were involved in the first gravitational-wave discovery in 2015, when the Laser Interferometer Gravitational-wave Observatory (LIGO) observed ripples in the fabric of space time generated by the collision of two black holes in the distant Universe.

That detection confirmed a major prediction of Albert Einstein's 1915 general theory of relativity.

In this latest discovery, LIGO Scientific Collaboration (LSC) and Virgo Collaboration researchers detected the collision of two neutron stars, which spiralled into one another and created a huge explosion. Remarkably, the discovery was accompanied by the detection of visible light and gamma-rays, allowing the location of the event to be accurately pinpointed.

“This is an absolutely ground-breaking discovery,” LSC member and lecturer at Monash’s School of Physics and Astronomy, Dr Paul Lasky, said.

Fellow LSC member, Dr Eric Thrane from the School of Physics and Astronomy at Monash, said: “This is the first time we’ve observed anything in the Universe using both gravitational waves and light.”

“It opens up a completely new field of multi-messenger astronomy.”

The first detection in 2015 was from the collision of two black holes, each with a mass approximately 30 times the mass of our sun.

The explosion was detected by NASA’s Fermi gamma ray telescope about two seconds after researchers detected the gravitational wave.

“The latest detection shows that the famous line from Carl Sagan ‘we are all star stuff ‘– is evidently true and more so with the merger of neutron stars,” LIGO team member and Monash postdoctoral researcher, Dr Kendall Ackley, said.

“Neutron star mergers create some of the ‘heavier’ elements in the universe.  Almost all of the gold on Earth was created from colliding neutron stars such as this one,” she said.

Monash has played a major role in LIGO for a number of years, including involvement in instrument design and data analysis. Monash is a member of LIGO Scientific Collaboration (LSC), and the Monash team is also part of the ARC Centre of Excellence for Gravitational Wave Discovery (OzGrav).

“We have been concentrating on trying to dig out some minute signals from some very ‘noisy’ data.” Dr Lasky said.

“I am studying LIGO data to determine the fate of this event. Colliding neutron stars can produce heavy neutron stars or black holes.”

LIGO is funded by the NSF, and operated by Caltech and MIT, which conceived of LIGO and led the Initial and Advanced LIGO projects. Financial support for the Advanced LIGO project was led by the NSF with Germany (Max Planck Society), the U.K. (Science and Technology Facilities Council) and Australia (Australian Research Council) making significant commitments and contributions to the project. More than 1,200 scientists and some 100 institutions from around the world participate in the effort through the LIGO Scientific Collaboration , which includes the GEO Collaboration and the Australian collaboration OzGrav. Additional partners are listed here.

The Virgo collaboration consists of more than 280 physicists and engineers belonging to 20 different European research groups: six from Centre National de la Recherche Scientifique (CNRS) in France; eight from the Istituto Nazionale di Fisica Nucleare (INFN) in Italy; two in the Netherlands with Nikhef; the MTA Wigner RCP in Hungary; the POLGRAW group in Poland; Spain, with the University of Valencia; and the European Gravitational Observatory, EGO, the laboratory hosting the Virgo detector near Pisa in Italy, funded by CNRS, INFN, and Nikhef. 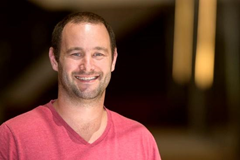 An active member of the LIGO Scientific Collaboration since 2012, Dr Lasky has studied colliding neutron stars and their gravitational-wave signatures for a number of years. He was involved in this recent detection, including writing some of the papers that are being presented as part of the full LIGO analysis of this new event. 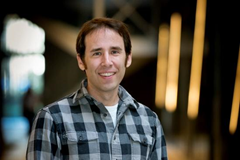 Dr Eric Thrane joined the School of Physics and Astronomy at Monash from Caltech in 2015. He has been a member of LIGO since 2008. His research group contributed to the astrophysical interpretation of the discovery. He is the lead reviewer for LIGO “burst” analyses. 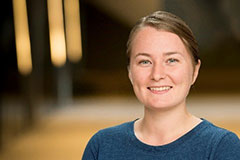 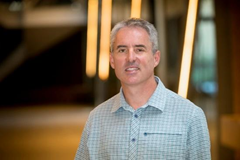 Dr Duncan Galloway established his research career with X-ray studies of accreting neutron stars during postdoctoral positions at the Massachusetts Institute of Technology (MIT). His research interests include searches for gravitational waves from rapidly-rotating neutron stars, and searches for optical flashes which may accompany gravitational-wave bursts detectable by LIGO. 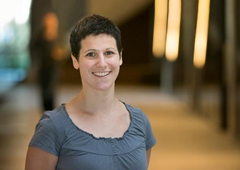 Dr Letizia Sammut is heavily involved in LIGO research and has been a member of the LIGO collaboration since 2009. She joined Monash in 2015, and is now Co-Chair of the data analysis group responsible for searching  for a background of gravitational waves from the sum of many astrophysical sources, most notably mergers of neutron stars and black holes. This search uses techniques developed by Dr Eric Thrane (see above) and other LIGO collaborators.