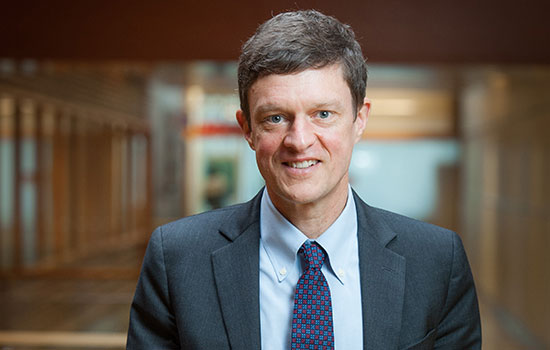 An academic leader with a global profile has been recruited by Monash University to the position of Provost and Senior Vice-President.

Professor Marc Parlange joins Monash from the University of British Columbia (UBC), where he is currently Dean of the Faculty of Applied Science and has led a highly multidisciplinary team to great success, thanks to his focus on collaboration and on developing and cultivating talent.

“Monash has a long history of interdisciplinary collaboration in research and education, and the role of Provost and Senior Vice-President is pivotal to further advancing excellence in our faculties and in continuing to position Monash as an international research leader,” Professor Gardner said.

“Professor Parlange brings to Monash an extraordinary blend of academic leadership and research excellence, and I am delighted that such a distinguished senior leader has chosen to join our leadership team.”

Professor Parlange is a highly regarded scientist in environmental fluid mechanics, for which he has received numerous prestigious awards.  His research in hydrology and climate change has seen him at the leading edge in addressing water resource challenges in remote communities, and aligns with the University’s focus on environmental sustainability.

Professor Parlange has served as Editor in Chief of Water Resources Research and Editor for Advances in Water Resources.  In 2015, he was elected Fellow of the American Association for the Advancement of Science.

UBC is British Columbia's oldest tertiary education institution, ranked 34 in the Academic Ranking of World Universities 2016, with more than 60,000 students.

Prior to his appointment at UBC in 2013, Professor Parlange was Dean of the School of Architecture, Civil and Environmental Engineering (2008 - 2013) and Director of the Institute of Environmental Engineering (2004 - 2007) at the École Polytechnique Fédérale de Lausanne, and has also held research and teaching appointments at Johns Hopkins University and the University of California (Davis).

Professor Parlange, whose appointment follows the departure of Provost and Senior Vice-President Professor Edwina Cornish, will commence in June 2017.