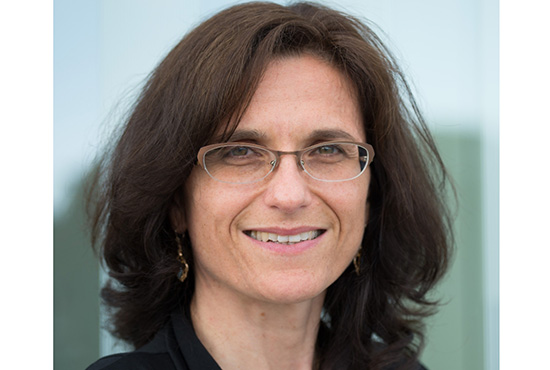 Professor Elizabeth Croft, currently Associate Dean in the Faculty of Applied Science at the University of British Columbia, has been appointed by Monash University to the role of Dean, Faculty of Engineering.

In addition to being an internationally recognised expert in the field of human robotic interaction and having led large-scale collaborative research projects with major industry partners, Professor Croft has an exceptional track record in advancing women’s representation and participation in engineering. Most recently, as Natural Science and Engineering Research Council of Canada Chair for Women in Science and Engineering, she worked with a wide range of academic, industry and government stakeholders on strategies to improve women’s participation in the Science, Technology, Engineering and Maths (STEM) disciplines.

Monash President and Vice-Chancellor, Professor Margaret Gardner AO, said Professor Croft’s outstanding leadership and academic capabilities combined with her passion for gender equity in STEM align perfectly with Monash’s exceptional research performance in Engineering (first in Australia and 45th in the world, Times Higher Education World Rankings, 2016-2017), as well as the University’s strong engagement with industry and its focus on equity and inclusion.

“With her exemplary research and teaching expertise, I am delighted to welcome Professor Croft to this important and exciting role in Australia’s leading engineering faculty,” Professor Gardner said.

Professor Croft said she was delighted to be joining Monash and that Engineering had a strong value proposition to youth wanting to make the planet a better place.

“Monash Engineering is world renowned and I am keen to build on and strengthen the faculty's great international partnerships. I am excited by the outstanding engineering research at Monash and the many ways that this work continues to lead to new opportunities for enterprises and economic value.”

“Engineering is a profession where scientific knowledge is created and applied through problem solving and creative design. It is a profession of smart, thoughtful and creative people who work together to design, create and realise ideas. Engineering is a wonderful way to make a visible difference, and help people and our planet by solving problems that matter – in healthcare, sustainability, urban systems, energy, communications, transportation and much more,” Professor Croft said.

Professor Croft joins Monash from the University of British Columbia (UBC), where she is currently Associate Dean, Faculty of Applied Science, Professor, Department of Mechanical Engineering, and Marshall Bauder Professor in Engineering Economics.

Professor Croft is recognised internationally as an expert in the field of human robotic interaction. As principal investigator for a world class robotics lab within UBC, she has successfully led large-scale collaborative research projects utilising robots alongside people in aerospace manufacturing, and guided multidisciplinary initiatives with General Motors and other partners.

Her outstanding contributions to education and research have earned Professor Croft considerable acclaim, including the NSERC Accelerator Award from the Natural Sciences and Engineering Research Council of Canada (2007-10), the Alan Blizzard Award, Society for Teaching and Learning in Higher Education in 2008, and the Women of Distinction Award in Education, Training and Development from the Vancouver YWCA in 2013.

Professor Croft will commence her role at Monash in January 2018.