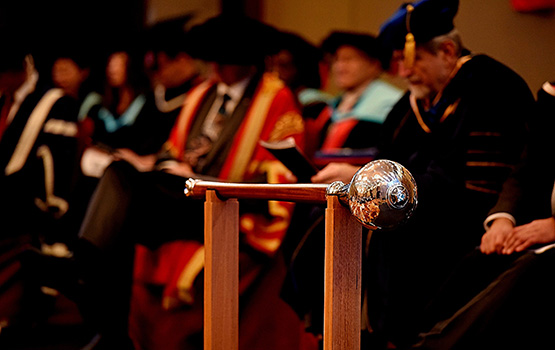 More than 100 students from our Southeast University-Monash University Joint Graduate School in Suzhou, China will celebrate their graduation on Saturday 24 June. This is the third year of graduations for the School, with the first cohort graduating in 2014.

108 of those graduating will receive joint SEU-Monash degrees, an additional 27 students studied with Monash at an Australian campus and have elected to graduate in Suzhou and three students will receive their PhDs.

Professor Gardner said that Monash is one of the most exciting universities in the world. “We are distinguished both in Australia and globally for our innovative approach to education and our global reach.

"In research, we are recognised internationally for the positive impact we make in sustainability, technological innovation, economic and social development, health and global security,” Professor Gardner said.

Professor Gardner wished the graduands every success, welcoming them to Monash’s alumni global network. “You will become a member of a community of more than 310,000 Monash University graduates worldwide. Many of our alumni are now leaders in business and government, even as they continue to play an active and often vital role in the Monash community.”

The joint SEU-Monash degree graduands have studied in the areas of Art, Design and Architecture, Arts, Business and Economics, Engineering and Information Technology and will all receive Masters degrees.

The graduation ceremony is being held at the Intercontinental Hotel, Suzhou Industrial Park, Saturday 24 June 2017.

About the Joint Graduate School, Suzhou:

Monash is honoured to be the first Australian university to receive a licence to operate in China, one of the world's largest and fastest-growing economies, in offering postgraduate degrees at the masters and PhD levels.

Our international collaboration at Suzhou with the Southeast University (SEU) – one of China’s key national universities – will produce postgraduates and researchers with ideas to change people’s lives in the region and the world for the better.

The Suzhou Industrial Park (SIP) – is one of the largest innovation precincts in China and recognised as one of the world's most dynamic places for turning clever research into valuable industrial processes and products. It's a hub of 21st century brainpower for more than 100 Fortune 500 companies and 15 international universities and research institutes. And all just half an hour by high speed train from Shanghai.

The SEU-Monash partnership consists of the Joint Graduate School and Joint Research Institute.