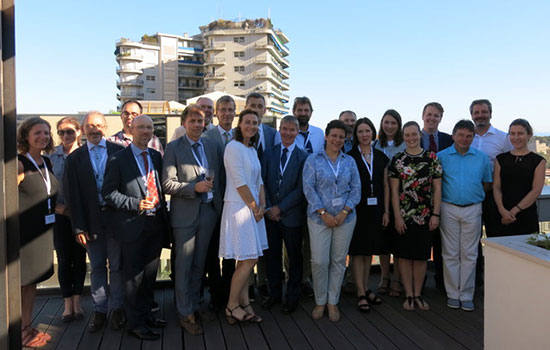 Monash University, The Government of the Principality of Monaco, and the Centre Scientifique de Monaco have taken a major step forward in the biodiversity conservation of the Antarctic and Southern Ocean regions following a recent meeting of experts in Monaco.

“The purpose of the meeting - known as the ‘The Monaco Assessment ll: Implementation’ - was to develop a set of practical steps to help improve conservation in the Antarctic region,” said meeting co-convenor Professor Steven Chown, Head of the School of Biological Sciences at Monash University and President of the Scientific Committee on Antarctic Research.

“The meeting also set about delivering a set of indicators that will help the nations responsible for implementing such conservation to monitor their success,” Professor Chown said.

“The Monaco Assessment II meeting has shown just how these improvements can be delivered,” Professor Chown said.

“What we have done here will leave a substantial legacy. We have identified practical actions to improve the status of biodiversity in the region, and a set of tools that policy makers can use to easily measure the success of their actions.”

Meeting co-convenor, Professor Melodie McGeoch, also from Monash’s School of Biological Sciences said the work would help to deliver a global vision, emphasised by the Strategic Plan for Biodiversity 2011-2020, that by 2050, biodiversity is valued, conserved, wisely used, and delivering benefits to people.

“This vision has been incorporated into the Sustainable Development Goals,” Professor McGeoch said.

In closing the meeting of policy makers, lawyers and scientists, Professor Denis Allemand, Scientific Director of the Centre Scientifique de Monaco said Monaco would continue to take a strong interest in promoting conservation in the Antarctic and Southern Ocean regions and the scientific evidence required to underpin it.

to the Antarctic Treaty Parties, the Parties to the Convention on Biological Diversity, and the broader public.  They will also form the core actions for a global plan for further improving conservation in Antarctica and the Southern Ocean.