Monash University has today welcomed the Andrews Government announcement pledging the construction of an underground suburban rail network providing a direct transport link to and from the University with the north, east and southern suburbs of Melbourne. 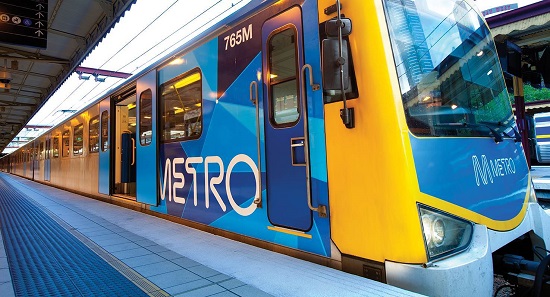 The proposed rail network, linking Melbourne’s outer suburban ring, will slash the travel times of the tens of thousands of students and staff who visit Clayton and Caulfield campuses every day. Monash’s Clayton campus can attract more than 53,000 people daily, the equivalent population of a major regional city.

The $50 billion underground network will not only support Monash University as the country’s largest education provider, but also the surrounding innovation precinct. The Monash Precinct is the largest employment hub outside of the Melbourne CBD.

President and Vice-Chancellor, Professor Margaret Gardner AO, says the rail link would also provide an unprecedented level of access to jobs, learning, culture and innovation to a much broader range of people living outside of the south eastern suburbs.

“This is a tremendous opportunity for the future of Melbourne and opens up a world of possibility for more Victorians to work in, study at and visit all the Monash Precinct has to offer,” Professor Gardner said.

“Building a network that links Monash University with the rest of Melbourne, truly recognises the importance of the south-eastern corridor and the Monash Precinct in Victoria’s continued innovation and economic growth.”

“We have a clear vision for the Monash Precinct, together with our industry and government partners, to drive growth and liveability. This proposal for the rail ‘ring’ brings forward that vision.  It will positively transform the face of Melbourne.”

“Our students and staff come from all over Melbourne, and with a fast and effective rail link, there is no limitation to how many more bright minds can contribute to Victoria’s dynamic future,” she said.

Monash University earlier this year welcomed a $475 million commitment from the Federal Government for a mass transport solution to Monash Clayton.  This was in addition to the Victorian Government’s commitment of a light rail extension which would link the Clayton and Caulfield campuses.