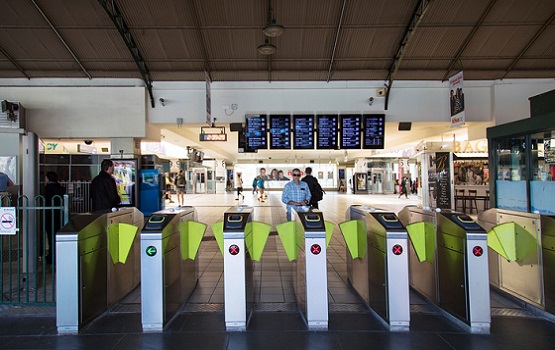 Monash University has welcomed the Government’s commitment to build a transformational rail line and station at Clayton campus, creating a vital transport link for the thousands that visit Monash each day.

Monash University Chancellor Simon McKeon AO said the benefits of the investment, announced in last week’s Federal Budget, last week would extend to the whole of the Monash Precinct.

"Each day there are 53,000 journeys made to the Clayton campus from all across Melbourne. New rail infrastructure will make that trip easier and ensure the whole of the Monash Precinct is more accessible for the people that live, work and study in the area," said Mr McKeon.

The $475 million project forms part of the Federal Government’s $75 billion infrastructure investment, with more than $20 billion directed to Victoria. Other projects include the Melbourne Airport Rail Link and the electrification of the Frankston to Baxter rail line.

Federal Minister for Urban Infrastructure and Cities Paul Fletcher said the project would form part of the vital urban infrastructure the state needs to improve productivity and deal with growing congestion.

“This is a project that will genuinely transform the city, opening up huge employment and educational opportunities in the Monash Precinct to the rest of Melbourne,” Mr Fletcher said.

“The Monash Precinct has been identified as a concentrated corridor of knowledge-based businesses and industry that provides high levels of employment,” Ms Banks said.

“This rail line will help students get better access to Monash University’s Clayton Campus and open up the vast employment opportunities available in this precinct.”