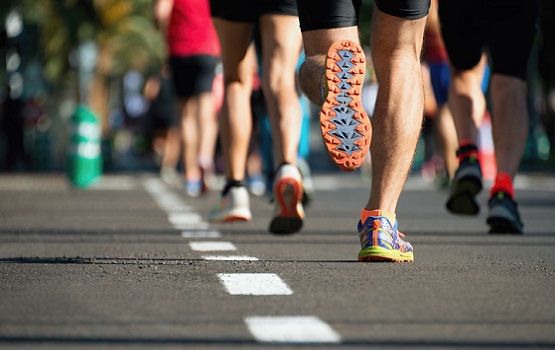 Members of the Monash University community have come together to meet their ambitious goal of forming Australia’s largest team for the 2018 Wings for Life World Run.

Team Monash will simultaneously join over a hundred thousand people racing worldwide this Sunday to raise awareness and funds for research into spinal cord injury and paraplegia.

Spinal cord injury today affects over 12,000 Australians with over 350 new cases reported each year. Monash plays a prominent role in research into this area.

One such change-maker is Celia Vandestadt, a PhD student looking at spinal cord repair, regeneration and recovery. Her work has focused on the zebrafish, which has the ability to fully regenerate its spinal cord after injury, making it a fascinating research model.

Vanderstadt will also be running with Team Monash this weekend, joining what is not only Australia’s largest registered team, but the world’s largest university team for the global run. With only a few days remaining before they start racing, Team Monash have their sights set on becoming the world’s largest team full stop – requiring over 3500 members.

The Melbourne event will see competitors race along the Monash Freeway, given a 30 minute head start and racing until they are met by a ‘Catcher Car’ following along the course. The last man and woman to be caught are declared global champions, with the current record sitting at 88.44km.

Read more about the 2018 Wings for Life World Run here.