No keys to this future: Millennials ditch cars for transit 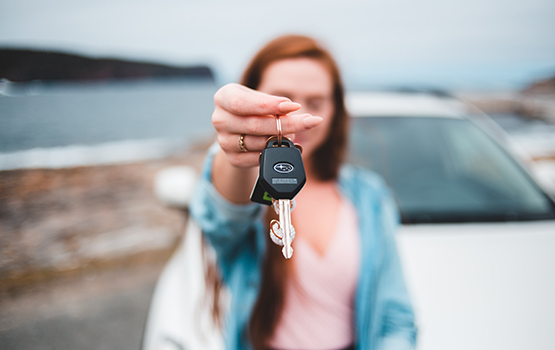 Australian millennials are taking longer to get a driving licence and using public transport more, findings from an international study led by Monash University show.

This study was the first to compare the travel behaviour of young adults at different life stages and income levels in some of the world’s most cosmopolitan cities – Melbourne, Brisbane, London, New York and Atlanta. Other UK metropolitan areas, such as the West Midlands, were also analysed.

All cities, apart from New York, recorded a substantial increase in transit kilometres taken by millennials over the past 10 to 15 years – with Brisbane the highest at 66 per cent and Melbourne increasing strongly by 45 per cent.

Although auto travel by young adults in Brisbane increased slightly over time (16 per cent), auto kilometres travelled in Melbourne was almost the same as it was in the early 1990s. This may reflect the steady decrease in young Victorians getting a driving licence, from 76 per cent in 2000 to 57 per cent in 2018.

“At this rate, only half of 18 to 23-year-olds in Melbourne will get a licence by 2025,” said Dr Alexa Delbosc, lead researcher and Senior Lecturer in Civil Engineering at Monash University.

“But equally important, our study suggests that investments in transit infrastructure are critical if we want to see young people turn away from car travel.”

“We also saw big increases in train patronage, reflecting strong growth in jobs and housing in the city centre.”

Brisbane’s transit supply increased more than any other case study region, with a 40 per cent increase in service kilometres since the early 2000s when the city rolled out its bus rapid transit network (the South Eastern, Northern and Eastern Busways). This change is a key explanation for the significant increase in transit use among students.

“However, it appears that the transit supplied isn’t serving the needs of young adults in later life stages. Transit use in Brisbane shows the largest demographic gap of any case study, with students travelling 3862 more kilometres each year than parents of children,” Dr Delbosc said.

New York was the only city to experience a significant decrease in transit kilometres travelled. This was despite a boarding increase between 1990 and 2010. Location played the most important role in transport decision-making, with many inner-city dwellers frequently using the service but travelling shorter distances.

Atlanta had the highest auto kilometres of any case study city, but also experienced a jump in transit kilometres taken (16 per cent).

In almost every city, investing in transit increased its use among young adults. Yet in Melbourne and Brisbane, transit service kilometres have levelled off or decreased since 2011, while the population continues to grow strongly.

“There is little doubt that as millennials start to age and start their own families, they’re likely to adopt more car-oriented travel habits,” Dr Delbosc said.

“But there’s evidence to show that being exposed to transit at a young age can influence travel behaviour much later in life. Investment in transit must keep up with this demand.”