Parents want more life skills to be taught in school 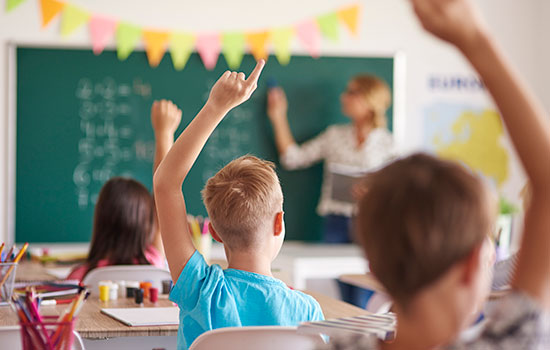 Parents want teachers to do more when it comes to teaching their children about social and life skills inside the classroom, according to a new report.

The joint study between Monash University researchers and the Australian Scholarship Group (ASG) is the only one of its kind to investigate the state of education in Australia from parents’ perspective.

Undertaken by Monash Faculty of Education associate professors Sivanes and Shane N.  Phillipson, the report said Australian parents want their children to have access to a “holistic education”.

According to the study, 69 per cent of parents believe schools should do more to teach their child about social skills. When ethnicity is factored in, the proportion increases substantially to 94 per cent among Indian and other Asian parents.

Furthermore, 49 per cent of parents agree they would like their child’s school to do more about teaching them how to behave in public, which increases to 74 per cent among Indian and other Asian parents.

The Australian Scholarship group chief executive John Velegrinis said the results suggested that there were “increasingly blurred lines as to where responsibility begins and ends as parents’ perceptions of their traditional roles and responsibilities change”.

“Historically, social and life skills are taught within the home and the development of skills and knowledge needed for a successful career have been taught in school.

“However, perceptions about what equals academic success is changing and so, for today’s parents social and life skills are becoming an increasingly important element in education.”

The report showed a strong but divided stance on discussing issues such as sexuality and cyber safety, with the level of input depending on the cultural background and age of the child.

Just 34 per cent of all parents agreed schools were the best place for their child to learn about sexuality. When cultural influences were factored in, only 25 per cent of Australian parents believed that sexual education was best learnt at school versus 62 per cent of Indian and other Asian parents.

“While the topic of sex education may be culturally dependant, parents, teachers and schools must have ongoing discussions about the role of sexuality and sex education to best determine how much of it is part of the curriculum, and what needs to be done at home,” Associate Professor Shane Phillipson said.

“This is important to make sure no child misses out on this essential developmental Opportunity.”

Parents of younger children want schools to be more involved in teaching their children about cyber safety. Fifty four per cent of all parents would like teachers to do more to protect their child from cyber predators, and this percentage increased for parents with children in early learning and primary school.

“The growing use of technology, including phones and tablets, at home and at school, can leave children vulnerable to the dark side of the online world. It’s important for parents to openly discuss and advise their children how to use these platforms wisely,” Dr Phillipson said.

The report also revealed that location and income both shape the views of parents and their perceived role of academic success.

Furthermore, 80 per cent of parents who live in metropolitan areas believed a degree would help their child achieve their ambitions and 75 per cent of rural parents agree.

“For those living in regional areas, aspirations could be linked to their rural environment, with a degree perhaps not considered essential to success,” Dr Phillipson said.

“The greater emphasis on academic success for metropolitan-based parents could be attributed to the perceived access to educational resources.”

With 2017 marking 10 years since the introduction of NAPLAN, the ASG Parents Report Card examined parents’ perceptions of the value of the NAPLAN testing system.

Furthermore, nearly 60 per cent believed that their children could do more in terms of being attentive to their learning. Ultimately, however, Australian parents believe that skills and knowledge are the most important resources that contribute to academic success such as NAPLAN scores.