Philanthropy is funding serious journalism in the US, it could work for Australia too 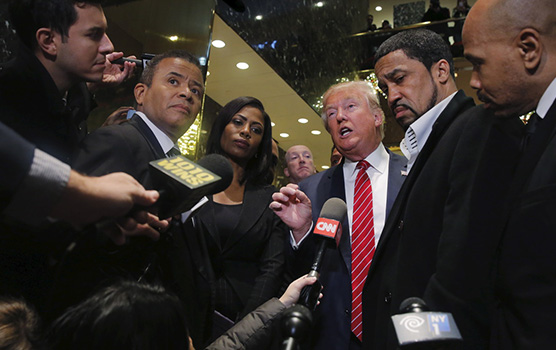 Non-profit status enables media organisations in the US to avoid federal and some state taxes and donations to them can be tax deductible. Lucas Jackson/Reuters

Non-profit investigative journalism centres have invigorated watchdog reporting in the United States over the past decade, a period commonly associated with despair over the state of serious journalism. My research attributes a sharp increase in the number of such centres in the United States directly to philanthropic funding, made more attractive by tax deductibility, and this same model could work in Australia.

This rescue mission of quality journalism has seen philanthropically funded news centres winning the most prestigious awards in journalism including several Pulitzer Prizes. Millions of Americans access stories written by non-profit investigative journalists, either on non-profit websites or published in mainstream media such as The New York Times, The Washington Post, NPR, PBS and other outlets.

Three key ways exist to fund the labour intensive and time consuming work of investigative journalism. The traditional media model, which today is characterised by market failure. Funding by government such as the ABC’s Four Corners program – a model that has worked well in Australia but that elsewhere raises questions of independence and funding security.

And there’s funding by foundations, wealthy benefactors and individuals. That’s different from crowd sourcing which may finance a specific story project but does not fund the necessary infrastructure (office, computers, rent, salaries etc.) or build the journalistic capacity required for a sustainable model.

In the United States, there are about 150 independent non-profit centres doing investigative and public interest journalism. The budgets of the biggest centres such as ProPublica, the Center for Public Integrity and Reveal at the Center for Investigative Reporting are about US$10 million a year; smaller centres less than US$100,000.

There has been a profound cultural transformation in the way mainstream media organisations regard non-profit centre stories. Collaborations between legacy and non-profit media are commonplace in the United States because non-profit journalists have the same ethics, news values and editorial practices as journalists in the commercial and public media.

Foundation-funded journalism does not come close to replacing what has been lost due to staff and other cuts by mainstream media since the financial crisis. But it has been embraced by key media outlets as a means of boosting the quality of their stories. Non-profit centres do not compete with mainstream media; they complement it.

How this could work in Australia

Given the diminished resources of Australian media to hold power to account, other measures to bolster democratic processes should be considered. Investigative journalism cannot readily be monetised.

It is expensive to do, takes a long time, sparks legal action and upsets powerful interests. It takes a big commitment by media organisations.

But the societal benefits can be huge: lives saved, corruption exposed, environments improved, governments and corporate interests held accountable. A recent book by a media economist found that for each US$1 spent on a specified investigative story, US$287 in policy benefits resulted.

Tax deductibility for independent journalism centres would provide incentives for individuals and philanthropic organisations to donate to producers of quality journalism.

The availability of tax deductions has the potential to increase the sum of quality journalism in Australia, enhance our democratic processes and better serve the community. I believe legacy and digital media in future would enter collaborative partnerships with non-profit investigative and public interest centres, ensuring a wider distribution and impact of their stories.

The Public Interest Journalism Foundation has some recommendations for the Australian Tax Office to consider when it comes to determining who should be granted deductible gift recipient status.

First is the history and background of the journalist who is applying, particularly their adherence to professional and ethical standards and whether the organisation they work for has conventional editorial practices. The organisation should create stories that are in the public interest and educate audiences rather than covering news of popular interest.

Another is introducing a commitment that the media nonprofit lists funding sources, including publication of the identities of donations of more than A$1,000, on its website. It also says anonymous grants, or funding from political and other entities where the source of the funding is not transparent, should be banned.

The foundation emphasises that individuals and organisations that advocate particular causes, should not be granted non-profit status under any media category.

No-one knows how sustainable the non-profit model will prove over time. However since 2007, I estimate that more than US$350 million has been donated to US non-profit investigative news centres; others have said closer to US$500 million.

We are in the midst of financial and technological disruption of traditional media models. No-one has yet worked out how to bolster accountability journalism that is essential to healthy democracies. The United States’ experience to date offers a potential solution that we should not ignore.