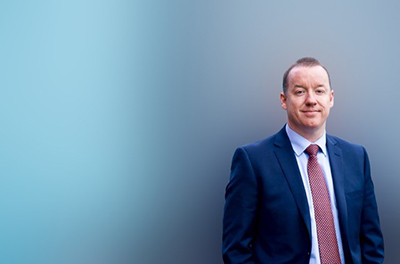 Deputy Vice-Chancellor and Senior Vice-President (Enterprise and Governance) Professor Ken Sloan has accepted an appointment as Vice-Chancellor of Harper Adams University in the United Kingdom.

In his four years at Monash, Professor Sloan has made significant contributions to the enhanced industry engagement, research translation and commercialisation and development of entrepreneurial programs for students, staff and alumni at Monash.

He joined Monash in January 2017 as the inaugural Deputy Vice-Chancellor and Vice-President (Enterprise), bringing with him extensive international experience in business development and commercialisation, university governance, administrative and commercial leadership. In 2020, he was promoted to Deputy Vice-Chancellor and Senior Vice-President (Enterprise and Governance).

Professor Sloan accelerated the creation of high-value enduring partnerships with industry, government and other organisations, and infused enterprising capability across the University through a range of projects, including the establishment and progress of the Woodside-Monash Energy Partnership, leadership and development of the Monash Technology Precinct and design and implementation of the Major Opportunities Group (MOG).

Monash President and Vice-Chancellor, Professor Margaret Gardner AC, said: “I warmly thank Professor Sloan for his substantial contribution to the University and I look forward to future engagement in his new role.”

Professor Sloan will leave Monash University on 6 October to take up this new appointment, which begins on 1 November.