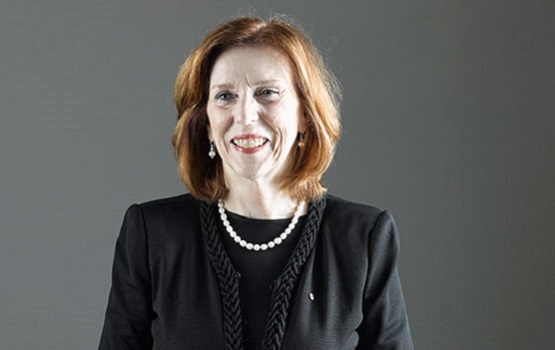 Monash University Council has resolved to reappoint Professor Margaret Gardner AO for a further term as President and Vice-Chancellor of the University, until the end of August 2024.

Professor Gardner joined Monash as its ninth Vice-Chancellor in September 2014.  Since then, she has redefined the University’s proposition as a centre for world class education, innovation and research, making a truly global impact within a very competitive and complex global environment.

Under Professor Gardner’s leadership, Monash has greatly improved its reputation for excellence worldwide – notably rising 20 places to 68 in the US News and World Report Best Global Universities Ranking, and placing highest of any Australian university in the Reuters Top 75 Asia’s Most Innovative Universities.  Results such as these reflect Monash’s excellent research performance, further demonstrated by exceptional outcomes in Australian Research Council (ARC) and National Health and Medical Research Council (NHMRC) funding.

With the creation of the Education portfolio, Professor Gardner has greatly advanced the University’s teaching and learning strategy and guided new initiatives to enhance the student experience.  Student mobility has improved significantly under her leadership; more than 4,000 students participated in an overseas study experience last year, reflecting our aspiration to prepare students who are global in outlook.  Monash has also improved the diversification of our international student profile.

The University has further deepened its international reach through diverse partnerships and collaborations offshore.  In addition to the continued growth of Monash Malaysia, the University has introduced postgraduate coursework offerings through our partnership with IITB in Mumbai, and our unique campus in Suzhou has strengthened China-Australia education relations and research outcomes. Monash’s international network of alliances with key universities now extends beyond the world class Monash Warwick Alliance to encompass research programs with the University of California, San Diego and Penn State in the United States.

Professor Gardner’s remarkable focus on inclusion and engagement has greatly improved the support Monash provides for talented students from disadvantaged backgrounds.  Indigenous enrolments have increased considerably since Professor Gardner’s commencement – testament to her commitment to ensuring education is accessible for all students.

The University has had continued strong financial growth and performance, as well as the transformation of Monash University’s campuses through an unprecedented capital redevelopment program, spanning refurbishment of the Sir Louis Matheson and Caulfield libraries and the Alexander Theatre, the construction of the Learning and Teaching Building and the unveiling of new, world class research infrastructure and platforms.

Professor Gardner was instrumental in supporting the Victorian Heart Hospital for our Clayton campus and the recently announced Victorian Government funded design study into a light rail connection between our Caulfield and Clayton campuses.

The remarkable advances Professor Gardner has accomplished to promote the international reputation of the University – and the higher education sector more broadly – were recognised last month when the Council for Advancement and Support of Education (CASE) presented her with the prestigious CASE Asia-Pacific Leadership Award in Hong Kong.

Simon McKeon AO, Chancellor, Monash University said Professor Gardner’s external engagement on behalf of the University was exemplary, and arguably without peer as a Vice-Chancellor of this University.

“Her positive representation of the University with industry and government at all levels, has enhanced the University’s image and impact. The declaration of the Clayton precinct as the Monash National Employment and Innovation Cluster, is particularly noteworthy”, Mr McKeon said.

“This is a Vice-Chancellor with a genuine passion for education and research, who has created a community that is inspired to follow her lead.”

“Professor Gardner’s leadership has been transformative and we look forward to her continued leadership of Monash into the next decade,” Mc McKeon said.