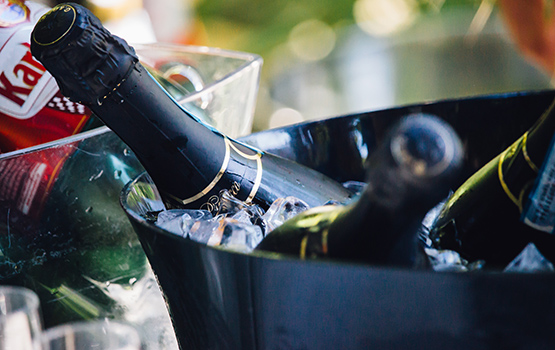 Research from Monash University has maintained that Prosecco has been the name of a grape variety since the 18th century and not a geographical indication.

As the European Union takes steps to protect Italian wine producers from international competition, Monash University research shows Prosecco is a grape variety and should not be considered a geographical indication (GI).

The EU is demanding that Australian wine producers be prohibited from marketing wine labelled Prosecco as a condition of its entry into a new bilateral trade agreement. This is because the EU maintains the word Prosecco is a geographical indication for a type of wine made in northern Italy, and not a grape variety.

Prosecco has been produced in Australia since the early 2000s, after grape vines were imported from Italy in 1997.

Until 2009, Prosecco was universally regarded as a grape variety. However, in 2009, Prosecco was recognised as a geographical indication by Italian law through the creation of a Denominazione di Origine Controllata (DOC) across the Veneto and Friuli regions. Prosecco is the name of a town just outside Trieste.

At this time, the name for the grape used to make Prosecco was changed to Glera. Prosecco is now registered in EU law as a GI.

The European Commission tried to register Prosecco as a GI in Australia in 2013, but it failed after the Winemakers’ Federation of Australia (now Australian Grape and Wine Inc) argued successfully that it was the name of a grape variety.

Researchers from Monash University’s Faculty of Law have maintained in a study, published in the Australian Intellectual Property Journal, that Prosecco has been the name of a grape variety since the 18th century, and probably much earlier.

Professor Mark Davison, Dr Caroline Henckels and Associate Professor Patrick Emerton argue that the EU’s characterisation of Prosecco as a GI has a protectionist effect and is likely to contravene World Trade Organisation rules on intellectual property and product labelling.

“If Prosecco is the name of a grape variety and not a geographical indication, the prohibition of its use in trademarks on Australian Prosecco would, in our view, be likely to contravene Article 20 of the TRIPS Agreement, and Article 2.1 of the Technical Barriers to Trade Agreement,” Dr Henckels said.

“The Australian government should not jettison the commercial interests of Australian wine producers without a detailed consideration of the evidence that supports, or fails to support, the assertions of the EU.

“Trading dubious geographical indications for access to European markets is a shortsighted approach that will negatively affect Australian industry.”

But, any moves by the EU as part of the proposed bilateral trade agreement could make a massive dent to Australia’s wine industry. Prosecco exports are worth $60 million annually and are predicted to rise to $500 million over the next decade.

Professor Davison said giving in to bluster and passion rather than engaging in a principled consideration of the merits of intellectual property claims is unwise.

“Both the EU and other governments that have banned or propose to ban imports of Australian wine labelled as Prosecco should be on notice that such behaviour might well contravene their WTO obligations,” he said.