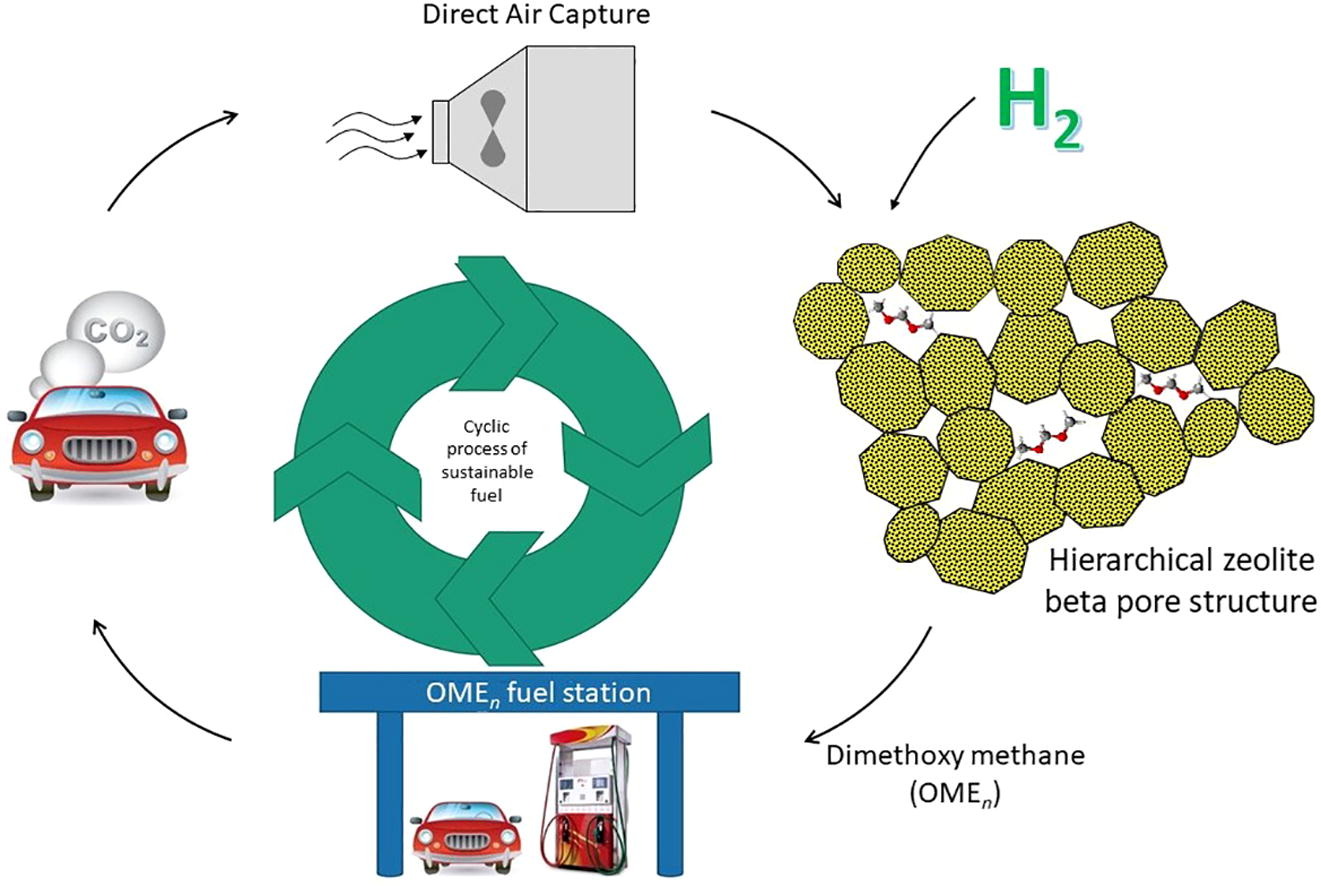 Researchers from Monash University and Hokkaido University have developed a method that converts carbon dioxide into a diesel-range fuel and has the potential to produce a net-zero liquid fuel alternative to power cars more sustainably.

When carbon dioxide (CO2) is added to the manufacturing process of fuel production, it has the capability to produce fuels that reduce or reverse the net CO2 emissions. When the hydrogen required for this process is supplied via solar powered water electrolysis, the entire process becomes completely renewable. The end result is a net-zero carbon emitting fuel product.

The transition to 100 per cent renewable energy resources is essential to mitigate the greenhouse gas emissions from the use of fossil fuels over the last century. The research, which was recently published in the Journal of Energy Chemistry, offers a diesel-range fuel alternative which has the capability to be applied anywhere in the world.

Associate Professor Akshat Tanksale, from the Department of Chemical and Biological Engineering at Monash University, says OME (oxymethylene ethers), are among a number of fuel alternatives that are attracting increasing attention for their net-zero carbon emitting properties.

“OME is a diesel blend or substitute fuel for which we are reporting the best yield to the best of our knowledge anywhere in the world, and when coupled with green hydrogen, the manufacturing method we’re proposing can provide net-zero liquid fuel,” said Associate Professor Tanksale, lead author of this study.

Dimethoxymethane (DMM), which is a diesel blend fuel and the simplest form of an OME, is currently being researched with high interest due to its unique fuel properties. Commercially, it can be produced via a two step-process of methanol oxidation to make formaldehyde, followed by coupling with methanol. However, currently, both methanol and formaldehyde are produced from natural gas.

In the method developed by Monash, carbon dioxide, hydrogen and methanol are used as a feedstock for producing DMM in a single reactor. The team developed a novel catalyst based on ruthenium nanoparticles which make this reaction possible. An added advantage is that this reaction takes place at much lower temperatures than conventional methanol and formaldehyde production methods, making it significantly more energy efficient. Monash engineers are also working on a methanol synthesis method from carbon dioxide and hydrogen, closing the carbon loop to renewables only.

“Recycling waste carbon dioxide to OME is a promising way to produce fuel with a significantly lower carbon footprint. We are glad we could collaborate with the team at Monash to further understand the role of catalysts in this state-of-the-art work,” said Dr Abhijit Shrotri, Institute for Catalysis, Hokkaido University.

The project has recently received funding for further research into the industrialisation and scale-up of this state-of-the-art catalyst and process by the Hindustan Petroleum Corporation Limited (HPCL), India. This work will bring net-zero liquid fuels closer to reality.

“CO2 valorization to fuels is one of the prominent pathways to achieving net-zero in the future and researchers are exploring efficient processes for this conversion. We’re currently focusing on several CO2 conversion technologies for the development of industrially scalable catalysts and processes. Our collaboration with Monash University to develop and scale-up OME production from CO2 will certainly contribute to the development of a process for CO2 conversion into fuels which is proving necessary in the current climate,” said Dr G Valavarasu from HPCL.

“In this study, we developed a unique pore structure that could synthesise large molecules like DMM. The particle size of ruthenium, along with the pore size and acidity of the catalyst, is extremely important for this reaction to take place. By precisely controlling these parameters we were able to achieve the highest yield of DMM reported in the literature,” said Dr Waqar Ahmad, who recently completed his PhD on this project.