Two Monash researchers have been recognised among Australian female scientists as Superstars of STEM, and will now have the opportunity to become role models in the field. 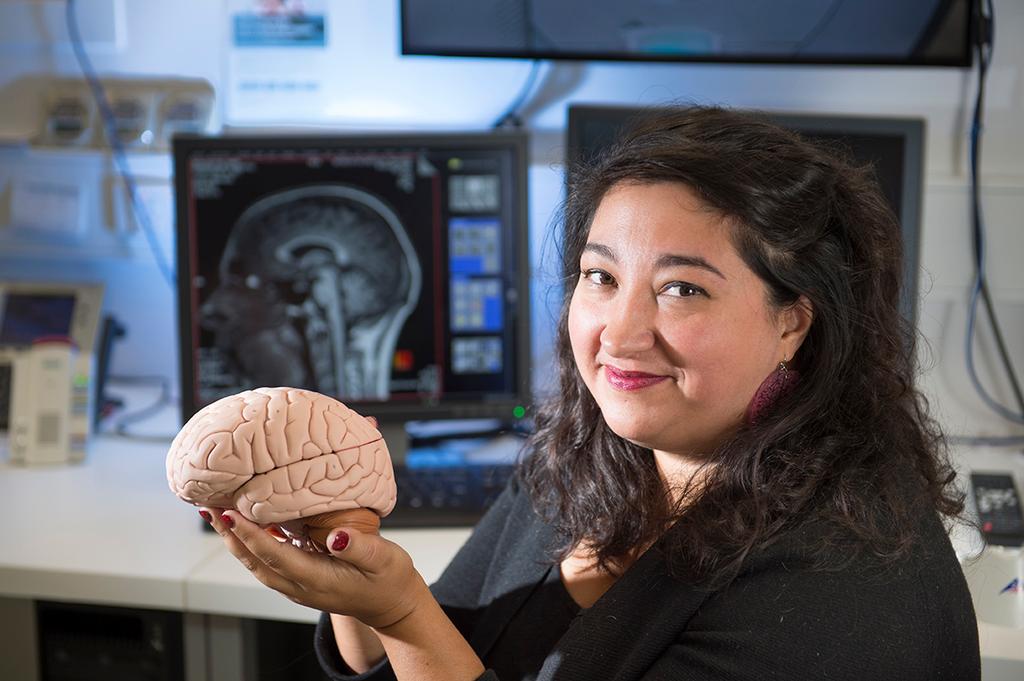 The 2019/2020 Superstars of STEM were announced today by Minister for Industry, Science and Technology, the Hon Karen Andrews, and Science & Technology Australia (STA).

Dr Sharna Jamadar, of the Monash Institute of Cognitive and Clinical Neurosciences (MICCN) and Monash Biomedical Imaging, along with Dr Kirsten Ellis, Faculty of Information Technology, were recognised.

The program aims to create role models of women in STEM to help overcome the gender gap in the field.

Dr’s Jamadar and Ellis were among 60 female STEM scientists recognised from around the country and will be provided media training, mentoring and networking, to inspire more girls and women to pursue STEM by increasing the public profile of women in STEM.

As a neuroscientist, Dr Sharna Jamadar uses brain imaging to understand resilience to the ageing process.

“We as a society can only benefit from having a wide range of voices exploring new lines of scientific enquiry,” Dr Jamadar said.“I want to inspire young women from diverse backgrounds to follow a career in STEM. I’m part of the first generation of my family to go to University, and I’d love to inspire other young women from diverse backgrounds to pursue a career in science.”

Dr Ellis said she wants to influence girls to see that STEM is an inspiring career.

“By highlighting the work that I do in assisting people with disabilities I can show how they can have an impact on whole communities."

Superstars of STEM aims to smash society’s gender assumptions about scientists and increase the public visibility of women in STEM. STA created Superstars of STEM to create a critical mass of celebrity Australian female scientists and technologists - role models for young women and girls – and to work towards equal representation in the media of women and men working in all fields in STEM.

For more information on the Superstars of STEM program, visit the STA website.