Window of opportunity for buildings to power themselves 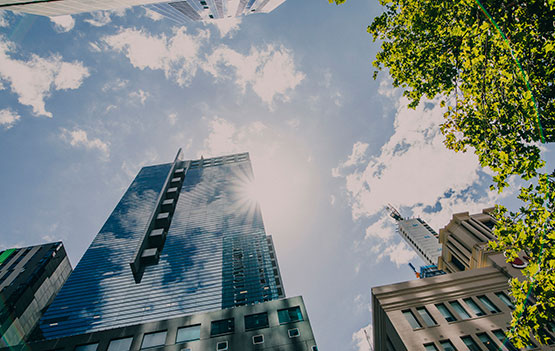 Monash University researchers are moving us closer to a world where the buildings we live in generate their own energy.

Two Monash-led projects aimed at making it easier, cheaper and more efficient to capture solar energy through building windows, and even walls, are among those today awarded funding from the Australian Renewable Energy Agency's $29 million fund to propel solar photovoltaics (PV).

Associate Professor Jacek Jasieniak, Director of the Monash Energy Materials and Systems Institute, will receive $0.75 million to develop highly efficient and extremely thin solar cells made from perovskites - a group of low cost and easy to manufacture compounds.

Associate Professor Chris McNeill in the Department of Materials Science and Engineering, was awarded $0.84 million for a project to create solar cells made from semiconducting plastics, which can be lightweight, flexible and easy to manufacture.

Both projects will increase the potential real-world applications of solar cells and accelerate commercial development of this new technology.

Monash was among four institutes to receive the funding focused on supporting early-stage research to reduce the cost and improve the efficiency of solar PV cells and modules.

The CSIRO, Flinders University and Macquarie University will collaborate on the projects, as will industry partners CSR Viridian and GreatCell Solar with the aim to deliver commercial development of affordable, printable Australian-made solar cells.

Assoc Prof Jasieniak said the challenge was making the cell layers thin enough to allow light through without compromising the quality of those layers.

“Eventually this type of perovskite device will be around 15% more efficient and significantly cheaper than current amorphous silicon technologies,” he said.

“It will create a cost-competitive option for building-integrated PV windows, which doesn’t exist at the moment.”