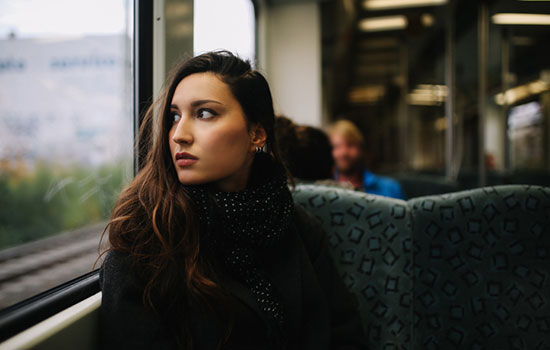 The best and worst public transport stations for young women’s safety in central Melbourne has been revealed in a Monash University analysis of public spaces.

Monash Faculty of Art, Design and Architecture’s (MADA) new XYX Lab examined the results of Plan International Australia’s city-mapping project Free to Be which was live from October to December last year.

During this time girls and young women were able to mark on the cloud-synced data map the places where they did and didn’t feel safe. In an Australian-first mapping project, these direct experiences of girls and young women navigating a big city have been collated and the results about public transport are stark.

In its analysis, XYX Lab examined more than 1300 pins and 600 comments left on ‘happy’ and ‘sad’ places on the map – mostly centred on the inner Melbourne suburbs – which ranged from descriptions of actual incidents, to general reflections on the space.

"This research highlights the devastating effects of being sexual harassed or sexually assaulted while using public transport — particularly for young women under the age of 30 who make up 72 per cent of respondents to Free to Be. Negative experiences in public transport spaces result in entrenched behaviours that may shape women's entire life, access and desire to use public transport.

“MADA’s Free to Be analysis and the next phase of this research will help to reduce risk and fear for women and girls in Australian public transport spaces. Our analysis moves beyond plotting incidence of harassment to examining the fundamental qualities of the spaces and contexts in which sexual harassment happens.

“If we want public transport to be equally accessible to all, it is critically important to examine these public spaces as our city grows and new stations, routes and timetables are developed,” Dr Kalms said.

Plan International Australia Deputy CEO, Susanne Legena, said one in four (23 per cent) Australian young women Plan surveyed believed it was unsafe to travel alone on public transport after dark. She said the findings around public transport were ‘disturbing’.

“Everyone should be concerned about these results. It’s not acceptable that young women, in 2017, are still experiencing harassment and assault on our trains and trams, at stations and on the street. The map makes it clear these are not isolated incidents. We can do better.

“It’s time decision makers really started to genuinely listen to women and girls so we can work towards cities and public spaces that are safe and welcoming for everyone.

“We’re really pleased that Metro was so open to hearing about the results of the city safety map. Metro did not shy away from the findings and have met with our youth activists to hear about their experiences firsthand. There is a genuine desire to support our work and ensure that we are not here in 12 months’ time looking at the same results,” Ms Legena said.

About the Free to Be map

The Free to Be map was designed with CrowdSpot to offer women and girls an opportunity to pinpoint those places where they feel uncomfortable in public. It was live from October to December last year and attracted 1318 pins describing ‘happy’ and ‘sad’ spots and 379 individual comments. The archived map can be accessed here – please note the map is closed and is no longer accepting submissions.

About MADA’s XYX Lab: The key goal of XYX Lab – launched officially this year -  is to produce knowledge about how space and design shape the causes, consequences and approaches to understanding gender inequity in Australia. Led by Director Dr Nicole Kalms, the Lab engages with designers, architects and urban planners as well as those working in policy and social services through collaborations with government, NGOs and activists.