At Monash, we're continually amazed by the achievements of our students and graduates. That's why we offer leadership programs – we want to give you the opportunity to shine, and equip you with skills now that will benefit you long after you leave university.

Meet some of our future leaders. 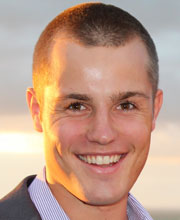 Will is a final year student studying Business Information Systems, a past participant of the Vice-Chancellor's Ancora Imparo Student Leadership Program, and a former member of the Royal Australian Navy’s GAP Year program. This experience revealed to Will the importance of inclusive leadership that actively encourages discussion and urges everyone to ask “Why?”.

In July 2014, Will was the Monash Minds student leader on the Mumbai Initiative, which saw him mentor a group of eight high-achieving first year students as they spent 10 days in Mumbai working with Make A Difference (an education-focused NGO) teaching English to children in slum orphanages. The initiative also offered participants the chance to experience the rich and often confronting aspects of Indian society, which included a visit to Mumbai’s largest public hospital and its largest slum; as well as some more light-hearted cultural experiences such as Bollywood dancing, which were “challenging in their own way”.

During his time at Monash, Will has also represented the university at the Australian University Games, and facilitated a workshop for high-achieving Year 12 students. Angie is a first year Bachelor of Medicine/Bachelor of Surgery student, who was recently accepted into the Australian College of Rural and Remote Medicine’s prestigious John Flynn Placement Program. Over the next four years, she will be embarking on rural medical placements to further engage with the provision of health services in rural and Indigenous contexts, something she describes to be "one of the most significant issues facing our health system today."

In her first year in 2014, Angie was awarded a place in the Monash Minds program, as recognition of her Monash Scholarship for Exceptional Achievement. She was also one of eight students selected to travel to India on a volunteering and ambassadorial trip, after helping to raise $10,000 for the NGO Make a Difference as part of the Monash Minds Mumbai Initiative. She believes that her involvement in this initiative has been one of the most inspirational and life-changing experiences to date.

Outside of the university environment, Angie is an avid traveller who believes that "striving to see more of the world is one of the best ways in which people can gain perspective, remain humble and learn the fundamental principle of respect". 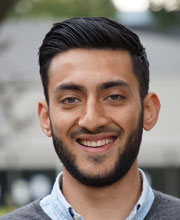 Said is currently studying a Bachelor of Health Sciences, and has been fascinated by great leadership since a remarkable teacher, mentor and inspiration opened Said’s eyes to the fact that where there is great leadership, there will be great outcomes. Said was School Vice-Captain in 2012, and was elected as Vice-President of the Monash University Caulfield Islamic Society this year.

In 2014, Said was chosen to be an Access Monash Ambassador, which involves mentoring less-advantaged secondary school students throughout their VCE and encouraging them to pursue tertiary study. Said was also selected to join the prestigious Vice Chancellor’s Ancora Imparo Student Leadership Program, which created an opportunity to meet "some of the most intelligent and genuine individuals" at Monash. With such invaluable experience, Said has come to the conclusion that “leadership is not about guiding people, it is about empowering people to guide themselves”.

Outside of university, Said is honoured to return to his secondary school to deliver Friday Sermons "to inspire and give the students a better idea of life outside of school, and what to look forward to".  Said is also currently working with an NGO ‘Baytul Hikmah (House of Wisdom)’,  to build a Community Youth Centre providing teenagers with facilities that will allow them to develop as individuals and become active members of the community.