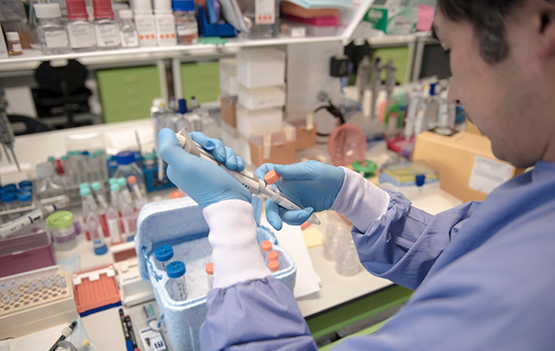 Monash University today officially launched its new Department of Diabetes – the first and only university department in Australia dedicated to the disease.

Opened by the Honourable Greg Hunt MP, Minister for Health, the new Department is a partnership between Monash’s Central Clinical School in its Faculty of Medicine, Nursing and Health Sciences, and Alfred Health.

Minister Hunt welcomed the new Department and what it will deliver in finding new cures and treatments for diabetes:

“I welcome the opening of the new Department of Diabetes, which will bring together some of brightest researchers in the world to find new treatments and cures.

“Medical research is a key pillar of the Government’s Long Term National Health Plan and can provide real outcomes which benefit Australian patients. We’re also backing this research with more than $764 million for diabetes-related research allocated since 2000.”

Monash University President and Vice-Chancellor Professor Margaret Gardner AO thanked philanthropists, including the Jreissati and Meydan families, whose generous donations were core to the Department’s work to solve to one of the world’s largest epidemics.

“Diabetes is one of the most significant health challenges facing Australia, with more than 280 people developing the disease every day,” Professor Gardner said.

“By combining Monash’s world class research and teaching expertise with The Alfred’s exceptional contemporary clinical care, this new Department will be critical to leading new breakthroughs against a disease whose global cost exceeds A$860 billion annually.”

Alfred Health Chief Executive, Professor Andrew Way said the establishment of the Department will see more people with diabetes, not only at The Alfred but worldwide, benefiting from the new diabetes research.

“Clinical challenges seen in day-to-day care will be translated into research questions – and this promises to support a more rapid uptake of emerging treatments than would otherwise be possible,” Professor Way said.

Diabetes is a major cause of heart disease and, arguably, the leading cause of kidney failure and dialysis, adult blindness and limb amputations in the world.  With its world-class team of 60 scientists, working across ten critical areas of diabetes research, the new Department has a strong emphasis on translating innovative research discoveries to ensure they are quickly translated into improving treatment outcomes for people with the disease.

While the Department started operating in early 2017, its research team has been working for over 10 years on diverse strategies to combat diabetes and its complications, in particular kidney disease, heart disease and blindness, covering new pharmacological and dietary approaches and epigenetics.  They have a large number of long-standing research collaborations with leading scientists and institutions around the world.

The Department’s inaugural Head is Professor Mark Cooper AO, a world-renowned expert in diabetes and senior endocrinologist at the Alfred Hospital, who was previously Chief Scientific Officer at Baker IDI Heart and Diabetes Institute.

“The group’s disease-focussed scientific and medical research complement the rich suite of translational research already undertaken in the Central Clinical School in a wide variety of clinical and academic departments,” Professor Cooper said. “In addition to research, we also have a strong commitment to education – of the public, medical professionals and our future research leaders.”

Professor Paul Zimmet AO, Professor of Medicine and Principal Advisor of the Department of Diabetes, paid tribute to those who helped establish it.

“The vision and support of Monash University and local philanthropists have created an extraordinary and exciting opportunity to tackle diabetes,” Professor Zimmet said.

This included current major donors, the Meydan and Jreissati families.

“Diabetes is one of the largest epidemics in human history.” I have no doubt that the Monash Department of Diabetes will make huge contributions in the future in terms of a better understanding of the prevention and management of diabetes and what causes its complications,” Professor Zimmet said.