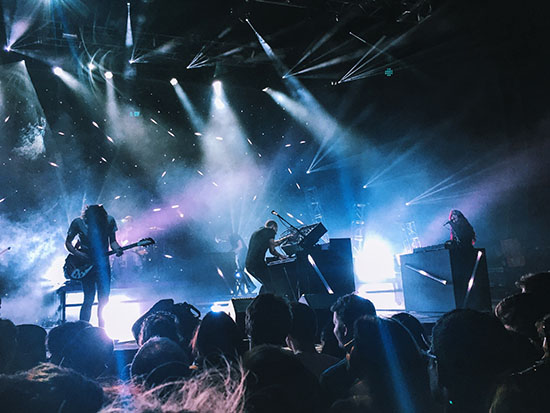 The Australian music industry is worth $195 million in overseas markets, according to a report co-authored by Monash University’s Associate Professor Shane Homan.

The report also noted that overseas royalties to Australian artists have doubled in the past five years, according to recent APRA AMCOS figures.

Monash University and the University of Newcastle partnered with Sounds Australia, APRA AMCOS and the Australia Council for the Arts for the three-year project, the results of which were released on Friday, 12 July.

The report examined the international success of Australian acts including Flume, All Our Exes Live in Texas, Methyl Ethel and Courtney Barnett.

Australian artists make an estimated $195 million from international markets each year, and the largest overseas markets were the US, the UK and Germany.

Associate Professor Homan, from the School of Media, Film and Journalism, identified potential growth in the market.

“There’s substantial scope to support Australian artists who have shown that they’re innovators, and where live performance remains a key component of global success.”

“Other market leaders, such as Canada, South Korea and the UK, are increasing music export funding as a result of significant financial returns on export office investment as part of deliberate cultural industries strategies in key markets.”

Associate Professor Homan and University of Newcastle researchers Professor Richard Vella, Professor Stephen Chen and Tracy Redhead will discuss the project’s findings at the launch of the report at the Australia Council in Sydney on Friday, 12 July.