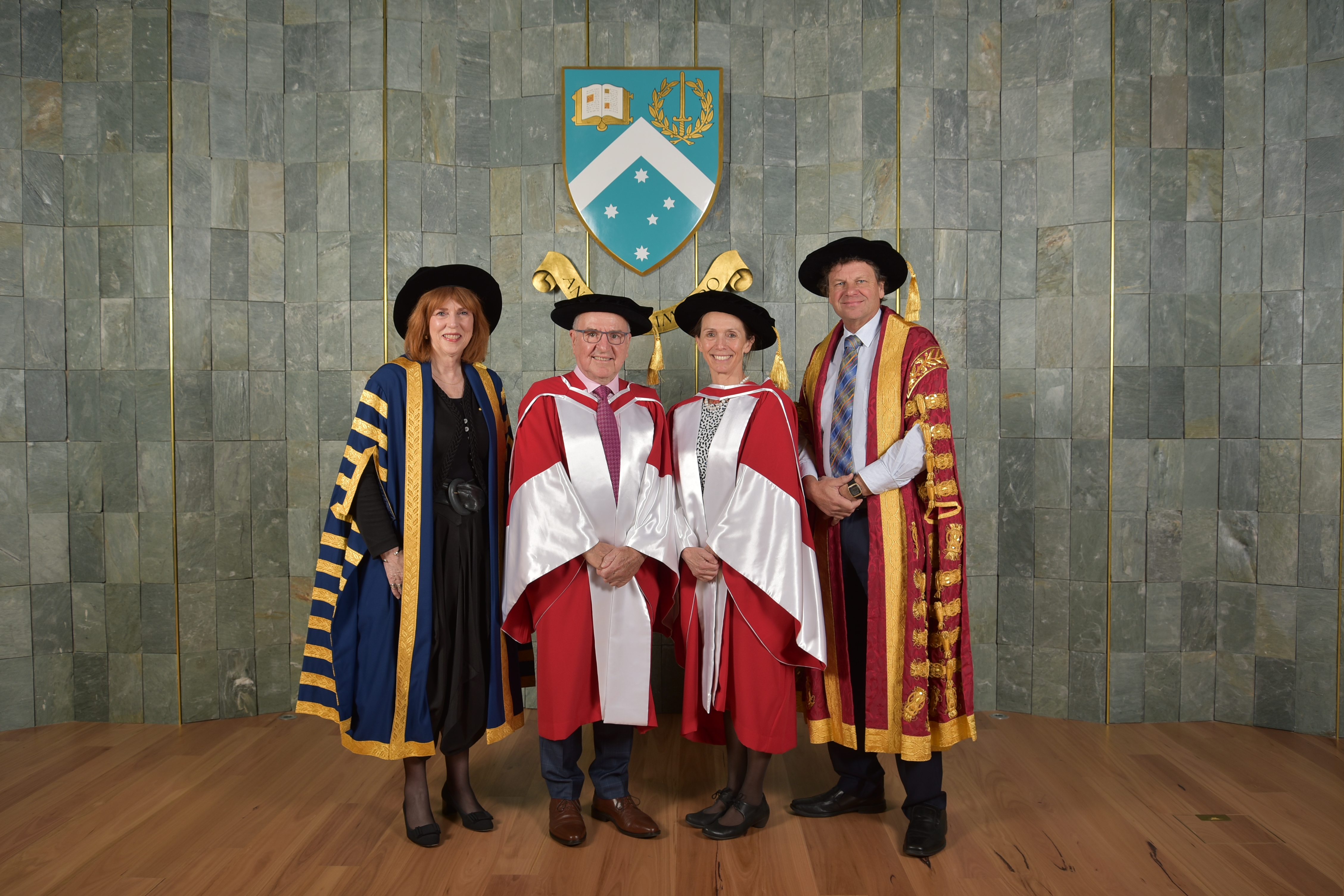 The Gillespies are passionate philanthropists who support many organisations including Monash’s World Mosquito Program (WMP), which endeavours to wipe out mosquito-borne viral diseases. Lesley learned about the world-leading project when she caught up with the WMP founder and then Dean of Science Professor Scott O’Neil, many years after graduating.

“As I was getting up to leave, I asked him, ‘by the way Scott, what is your field of endeavour?’ As he’s walking me to the door, he replied, ‘I’m an entomologist and my aim is to eliminate dengue fever from the world...and I’ve worked out how to do it! We’re just starting implementation in Far North Queensland.’”

Since 2014, The Gillespie Family Foundation has donated time, passion and considerable financial support to the WMP, which has now eliminated the transmission of dengue in Far North Queensland, and scaled-up the program to other affected parts of the world.

Lesley completed a Bachelor of Science at Monash University in the 1970s and said she made the most of the opportunities the University presented her.

“I worked hard, I had extracurricular activities and I was an involved student. You’ve got so many people at the university who want to see you succeed; a great support network. I am very grateful for my time at University, everyone was only too happy to offer the help I needed. I found it to be a worthwhile, rewarding experience.”

The Gillespies were both conferred Honorary Doctorates by Monash University alongside over 200 science graduates at the ceremony in Clayton, this morning. Lesley gave a keynote address about her experiences at Monash, and how a university degree gives students confidence and exposure to a wide range of people and views.

“Doing a degree gives you the confidence to tackle problems. It gives you connections,” says Lesley. “Any education is good but I think science is especially useful because it’s concrete, and the scientific method helps those problems to be solved.”