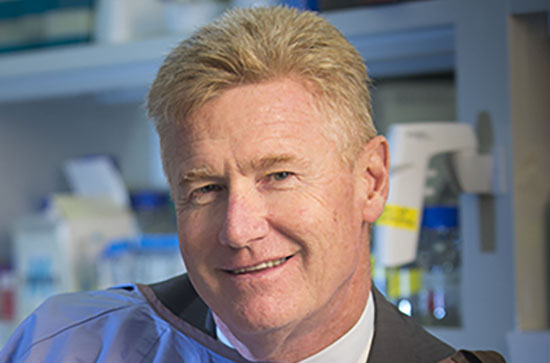 Melbourne-based drug developer Cancer Therapeutics CRC (CTx) has received a sought-after award in recognition of its work on novel oncology drug candidates, based on early research conducted at Monash University.

CTx received the Cooperative Research Centres (CRCs) Association’s Award for Excellence in Innovation, presented at the Association’s annual awards dinner at Parliament House in Canberra on 24 May.

These drugs were further developed as novel therapies by CTx, a Cooperative Research Centre (CRC). The novel blood disorder inhibitors were licensed to MSD (known as Merck in the US and Canada) in January last year in one of largest ever pre-clinical licensing deals originating from Australian research.

The deal, in a package worth up to AUD $730 million, provides potentially significant financial returns to be shared between the main players, Cancer Research Technology (CRT, UK), CTx and the Wellcome Trust, with the majority of all payments being returned to CTx and its Australian research partners, including Monash University.

CTx’s CEO, Dr Warwick Tong, said the award was further validation of the world-class quality of biology and chemistry research being undertaken in Australia.

“It demonstrates that with the right financial support and clear direction, Australia’s research can be translated into commercially successful outcomes,” Dr Tong said.

“This is the fifth program that CTx has licensed and with a growing portfolio of epigenetic and immuno-oncology programs we anticipate there will be more to come.”

CTX is an oncology focused small molecule drug discovery and early development biotechnology group, established under the Australian Government’s Cooperative Research Centre initiative. It has successfully out-licensed multiple oncology programs and has established itself as a leader in epigenetics and immuno-oncology.

The CRC Association is a not-for-profit organisation promoting the pursuit of science, particularly through the Australian Government’s CRC Programme.CRCs bring together industry partners, Government, Australian and overseas researchers to create opportunities and solutions to assist Australian industry.