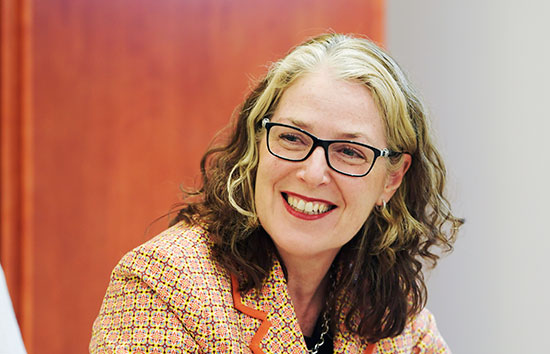 Monash University has announced the faculty Distinguished Alumni Awards recipients for 2017 at a ceremony at Monash, Clayton.

The University acknowledged extraordinary contributions and achievements with awards to 12 Distinguished Alumni.

President and Vice-Chancellor Professor Margaret Gardner AO congratulated this year’s recipients for demonstrating what a Monash education can make possible.

“Monash aspires to excellence and the Distinguished Alumni Awards are an opportunity to celebrate that excellence when it occurs,” Professor Gardner said.

“Monash alumni make a transformative impact in communities across Australia and worldwide, and the Distinguished Alumni Awards are one important way of recognising their contributions.”

Art, Design and Architecture: Professor Helen Ennis FAHA (BA (Honours), 1987) is Director of the Centre for Art History and Art Theory at the Australian National University (ANU) School of Art and Design, and the Sir William Dobell Chair of Art History. Professor Ennis began her career at the National Gallery of Australia where she became Curator of International and Australian Photography from 1985 until 1992.

Arts: Dr Lachlan Strahan (PhDArts,1993) is the First Assistant Secretary of the Multilateral Policy Division in the Department of Foreign Affairs and Trade (DFAT), leading the UN, Commonwealth, conflict prevention and peacebuilding, gender equality, international indigenous and human rights teams. He is also a senior advocate for the Indigenous Employees Network and a senior Straight Ally supporting his LGBTI colleagues.

Biomedical and Psychological Sciences: Professor Douglas Hilton AO (BSc, 1986 FAA FTSE FAHMS) is the sixth Director of the Walter and Eliza Hall Institute, Head of the Department of Medical Biology in the Faculty of Medicine, Dentistry and Health Sciences at The University of Melbourne, and the immediate past President of the Association of Australian Medical Research Institutes (AAMRI).  He is best known for his discoveries in the area of cytokine signalling, his advocacy for health and medical research and for gender equity in science.

Business and Economics: Her Excellency Jan Adams AO PSM (BEc(Hons), 1986; LLB(Hons), 1993) is Australia’s Ambassador to the People’s Republic of China and took up her appointment in February 2016. A senior career officer with the Department of Foreign Affairs and Trade (DFAT), she was appointed Deputy Secretary in April 2013 with responsibility for trade and economic issues.  In this role she was chief negotiator overseeing the conclusion of free trade agreements with China, Korea and Japan.

Education: Assistant Commissioner Kevin Casey APM (MEd(L,P&C), 2007) was appointed to lead the People Development Command in 2013. With more than 40 years’ service across Victoria Police, he has a background working at Crime as a general and specialist investigator, including the Homicide Squad and Taskforces, and as an Instructor at the Detective Training School.

Engineering: Mr Clive Weeks AO (BEng 1968, (completed a Civil Engineering degree in 1968) and MEngSc, 1971 (Master of Engineering Science by Major Thesis (Evaluation of the Factors Affecting Residential and Industrial Water Use in 1971) had a distinguished career at GHD (formerly Gutteridge Haskins and Davey) Consulting Engineers and has been Chairman of the AG Coombs Group Pty Ltd Board and was President of the Rotary Club of Melbourne. He was awarded a Paul Harris Fellow in 2013 and is a member of the Paul Harris Society which supports Rotary's philanthropic projects.

Law: Mr John Corcoran AM (BEc, 1977 and LLB, 1979) is a principal at Russell Kennedy Lawyers where he served as chair for 10 years.  He is a former President of the Law Institute of Victoria (where he is an Honorary Life Member) and President of the Law Council of Australia. His numerous board appointments include the Legal Services Board and the Management Board of the International Bar Association, and he serves on the board of Mercy Health and is the Chair of the Legal Practitioners Liability Committee.

Medicine, Nursing and Health Sciences: Laureate Professor Ingrid Scheffer AO (MBBS, 1983 FRACP FAES FAHMS FAA) has pioneered and led the fields of epilepsy genetics and epilepsy classification over 25 years in her work as a paediatric neurologist and epileptologist at The University of Melbourne, Austin Health and the Royal Children’s Hospital.

Monash Malaysia: Ms Tricia Yeoh Su-Wern (BBusCom, 2004) is a doctoral candidate in Political Science at the School of Politics, History and International Relations at the University of Nottingham in Malaysia. She was recently Chief Operating Officer of IDEAS (Institute for Democracy and Economic Affairs) and has also served as Research Officer to the Selangor Menteri Besar in the Selangor State Government, Research Director of Institut Rakyat, and Director of the ASLI Centre for Public Policy Studies.

Pharmacy and Pharmaceutical Sciences: Mr George Tambassis (BPharm, 1986) is the National President of The Pharmacy Guild of Australia and has been in community pharmacy for over 25 years. Mr Tambassis has a keen interest in wound care management, harm minimisation programs and continuing education for pharmacists.