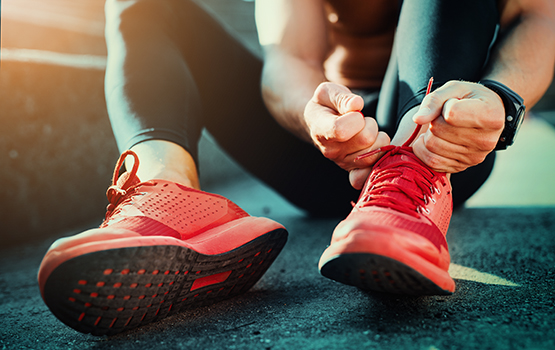 A Monash University review of published studies has found that people who exercise excessively may be prone to acute or chronic gut issues.

Lead author, Monash’s Dr Ricardo Costa, said the review found that with increasing intensity and duration of exercise, there was a proportional increased risk of gut damage and impaired gut function.

Specifically, the cells of the intestine are injured and the gut becomes more “leaky”, allowing pathogenic endotoxins normally present and isolated to the intestine to pass into the bloodstream.

This scenario of 'exercise-induced gastrointestinal syndrome' may lead to acute or chronic health complications of clinical relevance.

Exercise stress of two hours at 60 per cent of maximum oxygen consumption appeared to be the threshold whereby significant gut disturbances arise, irrespective of an individual’s fitness status.

The Alimentary Pharmacology and Therapeutics review also found that for patients who have irritable bowel syndrome or inflammatory bowel disease, low to moderate physical activity may be beneficial.

However, the health implications of more strenuous exercise has not been researched, but likely to be detrimental and a high risk activity for such patients.

Dr Costa said: “Despite excessive exercise being confirmed to compromise gut integrity and function, we have identified several exacerbating factors which can be controlled, and several prevention and management strategies that can attenuate and abolish the damage and compromised function.

“It is recommended that a full gut assessment during exercise should be undertaken by individuals that present gut disturbances (e.g. symptoms) during exercise, to ascertain what is causing the issue/s and developed individually tailors management strategies,” he said.