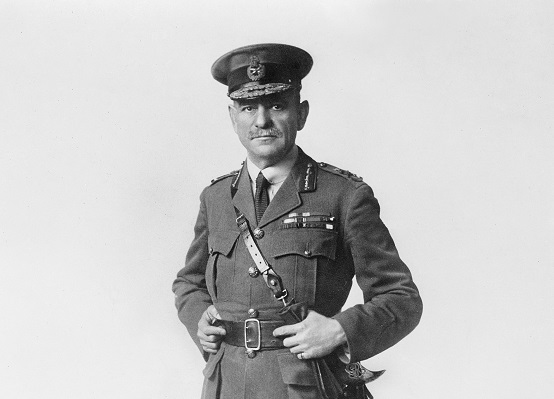 The journey after repatriation and demobilisation for Australian WWI soldiers will be explored in a new exhibition, Return; the way back home, at Monash University’s Clayton campus.

Featuring unique items held by Monash University Library, the University Archives and the Faculty of Pharmacy and Pharmaceutical Sciences, the exhibition honours the legacy of Sir John Monash, who was commissioned to oversee the repatriation of the surviving Australian soldiers and their dependents.

For the soldiers who were returned under this scheme, repatriation was just the beginning. In particular, those who survived the conflict needed extensive rehabilitation to adjust to the loss of those who didn’t return. While some veterans went on to lead successful lives and careers, many struggled to reintegrate in the face of the physical and mental trauma they’d experienced.

Major General, Professor Jeffrey V Rosenfeld AC, OBE, said: “Return; the way back home is a powerful new exhibition that shines a light on the young men and women who served Australia and our allies in WWI, and the transformative leadership of General Sir John Monash in achieving victory and in overseeing the repatriation of the 160,000 young men and women who survived the war.”

Working with Library staff, eight Master of Design students specialising in multimedia and interaction designed and built the interactive digital elements of the exhibition as part of their final-year project.

Visitors can examine the ways trauma, both physical and mental, impacted on the journey home of soldiers and their families through:

“The exhibition highlights the long-term mental and physical scars for those who have served our nation in WWI and in subsequent wars and conflicts,” Major General, Professor Rosenfeld added.

New Monash University alumna Nicole Tang, who co-created the Road to Repatriation installation, said: “This was my first time working on an exhibition design project, and though it was challenging at times, the result is incredible, and I feel so proud of what I’ve achieved.”

“Using immersive technologies, we’ve translated history into a new, modern experience, which I’m looking forward to sharing with visitors from this month.”

Lecturer and Course Coordinator of the Master of Design program at Monash University, Jeff Janet, said the industry-based project provided students with a fantastic educational experience.

“From a design point of view, the students developed the whole visual identity in consultation with content experts in the Library. This is a true testament to their passion, commitment and talent, and I’m delighted to see their hard work come to life.”

The exhibition curator, Dr Anne Holloway, said framing the exhibition around those who worked in allied health honours Sir John’s connection to the Faculty of Pharmacy and Pharmaceutical Sciences, and the original project commemorating the lives of the students, while highlighting the riches of the University’s special collections.

“The material in these collections from the early 20th century allowed us to explore what a journey home from the war might entail in the long term for those who returned – Sir John and his soldiers – and the continued desire to create positive change.”

The exhibition is at The Gallery, Sir Louis Matheson Library, from Monday, 23 September, until 22 June, 2020.