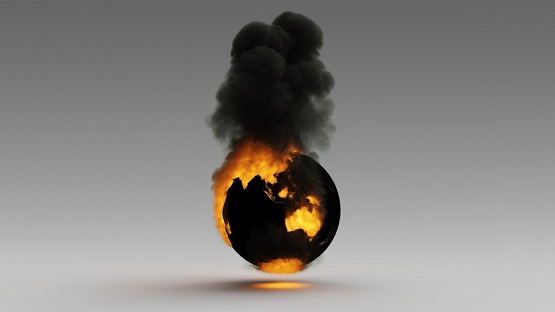 The first study into the global impact of wildfire-related pollution and deaths comprehensively links short term exposure to wildfire-related fine particulate matters (PM2.5) in the air and all-cause, respiratory and cardiovascular mortalities across cities and regions around the globe.

The landmark study, published today in The Lancet Planetary Health, looked at data of more than 65.6 million deaths, from all causes, in 749 cities in 43 countries and regions from January 1, 2000 to December 31, 2016 – cross referencing to daily concentrations of wildfire PM2.5 concentrations.

The research from an international team, led by Professor Yuming Guo and Dr Shanshan Li, from the Monash University’s School of Public Health and Preventive Medicine in Melbourne, Australia, found that over 33500 deaths occurred each year directly attributable to wildfire pollution, across the 749 cities in the study. According to the data, countries with the most deaths related to wildfire smoke include Japan, with over 7000 annual deaths in 47 cities, Mexico, over 3000 in 10 cities, China, over 1200 in 15 cities, South Africa, over 5200 in 52 cities, Thailand, almost 5300 in 62 cities, and the USA, with almost 3200 annual deaths in 210 cites relating to airborne wildfire PM2.5   .

In recent years, there has been widespread wildfire devastation of wildfires - from the 45 million acres scorched during Australia’s 2019-2020 fire season, the more than 1.2 million hectares burnt across California since the start of 2019, to the record amount of carbon dioxide released from more than 190 wildfires across Siberia, which now make up more than the rest of the world’s wildfires combined.

According to Professor Guo, wildfires can have direct impacts on health such as injury and mental health consequences. “However the pollution from wildfire smoke can spread as far as 1000 kilometres away and the risk of wildfires is projected to increase as climate change worsens,” he said.

One of the pollutants within wildfires smoke that is the most concerning is fine particulate matter, PM2.5 , as particles in this size range enter into the lungs, across the alveoli in the lung walls and into the circulation. Wildfire PM2. is more toxic than that from urban fires because of its chemical composition, smaller particle size and associated high temperatures, the authors state in the paper.

The mortality data was obtained from the Multi-City Multi-Country (MCC) Collaborative Study and estimations for the daily concentrations of PM2.5were modelled by machine learning, outputs of chemical transport model, ground monitors’ measurements of PM2.5, and weather data.

The authors conclude that: “policy makers and public health professionals should raise awareness of wildfire pollution to guide prompt public responses and take actions to reduce exposure. Effective wildland management policies and practices should be implemented to manage vegetation and mitigate climate change as far as possible.”