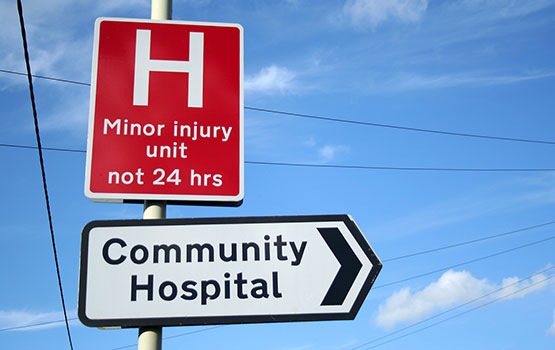 The first comprehensive national study about medical specialists working in rural and regional areas will be presented today at a national rural health conference in Cairns.

The Monash University study using information from over 3,400 medical specialists revealed that those who work in rural and regional areas have as much work and renumeration satisfaction as their colleagues in metropolitan areas.

This study is the first national research exploring the types of specialists working rurally, the nature of their work and professional satisfaction according to whether they work in large or small regional centres, compared with metropolitan specialists.

Australians living in rural areas have higher mortality rates and lower life expectancy than their city cousins. Local specialists are critical to support them and rural GPs with comprehensive and timely care.

The study is presented today at the National Rural Health Conference in Cairns by Dr Belinda O’Sullivan who is based in Bendigo at the Monash University School of Rural Health. It follows on from an announcement, earlier this month of a Federal Government $54 million plan for 26 regional training hubs, which will allow postgraduate medical students to continue their training in rural areas rather than having to go to cities, where they often remain for their career.

Dr O’Sullivan’s research looked at the specialist’s personal and professional characteristics, the nature of their specialist work, their professional satisfaction and the location of their principal practice (either in metro areas of more than 50,000 population or small regional areas of less than 50,000).

The study found that specialists working in large regional areas were similar to their metropolitan colleagues. However, those in small regional centres were more likely to be:

The study revealed that compared with anaesthetists, pediatricians, endocrinologists and psychiatrists were less likely to work in large regional areas, “despite there being a real need for these specialties in rural and regional areas,” Dr O’Sullivan said.

“Importantly, the study found that while specialists working in large and small regional centres had more on-call requirements and reduced professional development opportunities, their satisfaction with work hours, remuneration, variety of work, level of responsibility, opportunities to use abilities and overall satisfaction was no different to metropolitan-based specialists,” Dr O’Sullivan said.

“The results uniquely suggest that regional training hubs may need to focus on specific specialties that are lagging in rural areas as well as promoting general physicians and surgeons.”

The Monash Rural Health study affirms the government funding for regional specialist training hubs, which will enable universities with an established history of providing medical education in regional areas to continue their economic and social contribution to regional Australia, by facilitating their medical graduates’ capacity to remain in the regions as specialists.

The data on the specialists came from the 2014 Medicine in Australia: Balancing Employment and Life survey of doctors.