Fish were walking in water long before vertebrates transitioned to land: Study 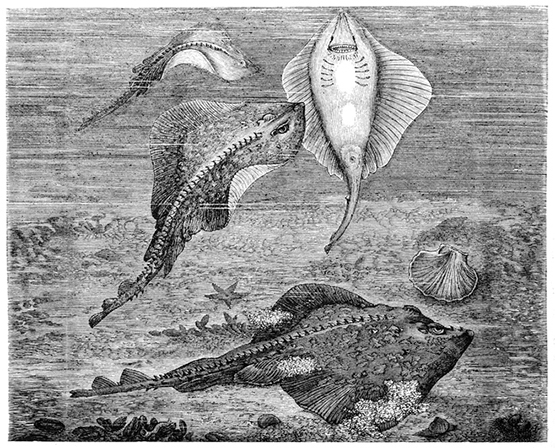 New research has found that fish were walking under water about 400 million years ago, debunking the theory that the ability to walk is something that evolved as vertebrates transitioned from sea to land.

The research published today in Cell, focused on the nerve networks of the little skate (Leucoraja erinacea), a cartilaginous fish considered to be one of the most primitive vertebrates, having changed little from their ancestors.

The research revealed little skate fish have a similar nerve network to a four-footed animal, and could become a model for understanding the development of nerve networks controlling human limbs and reveal further information about the diseases associated with them.

“The nerve networks needed for walking were thought to be unique to land animals that transitioned from fishes around 380 million years ago, but our research has uncovered that the little skate and some basal sharks already had those neural networks in place,” Dr Boisvert said.

“We were able to determine these findings through footage that shows embryos of the little skate ’walking’ on the bottom of a tank. Their nerve impulses were then recorded and the gene expression in the nerves which control their fins were tested and compared to mammals and chickens.

“A list of genes activated in the nerves controlling the fins in the little skate was compiled and compared to the elephant shark and the catshark, showing they are conserved,” Dr Boisvert said.

The research was also co-authored by researchers from New York University in the United States and Curtin University.