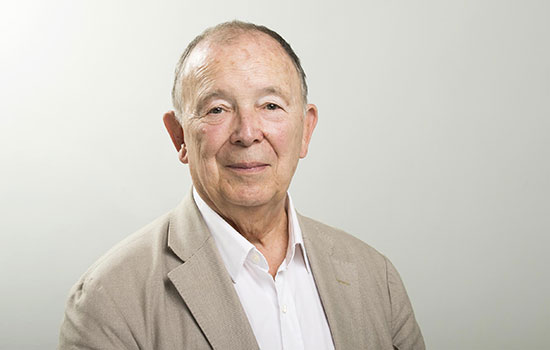 Jean-Pierre Changeux, one of the world’s most eminent biological scientists, will receive the highest accolade from Monash University, an Honorary Doctorate (Doctor of Laws; Honoris Causa).

Dr Changeux is an Emeritus Professor at the College de France and Institut Pasteur in Paris, and is internationally renowned for his contributions to multiple disciplines spanning biochemistry, molecular biology, structural biology, pharmacology and the neurosciences. His pioneering studies unravelled a previously-unappreciated, yet universal, mechanism that is fundamental to all life, as well as subsequently contributing to our understanding of the intricate chemical processes that occur in the brain.

Emeritus Professor Changeux will receive his Honorary Doctorate from Monash President and Vice-Chancellor, Professor Margaret Gardner, AO, at 11:00am on Tuesday, 19 September, during a graduation ceremony at Monash Parkville campus. He will then deliver the graduation address.

From 1961 to 1965 Emeritus Professor Changeux worked with Nobel Laureates Jacques Monod and Francois Jacob on his doctoral studies. This research led to the seminal discovery that certain types of chemical signals modulate the biological activity of enzymes by acting at specialised regulatory regions, called ‘allosteric’ sites. He then proposed that this type of ‘allosteric modulation’ applies to other proteins and macromolecules, including those that govern the transmission of chemical signals in the nervous system and throughout the body – an insight he has validated through his lifetime work.

In addition to his pioneering work on allosteric mechanisms of action, Emeritus Professor Changeux and colleagues have formulated and tested a number of theories about the development of neuronal networks and the bases underlying human consciousness.

Monash University researchers have a particularly special connection with Emeritus Professor Changeux, having adopted his findings on allosteric modulation and extended them to the largest family of receptor proteins encoded by the human genome, thus further validating the universal nature of allosteric mechanisms and their relevance to life.

President and Vice-Chancellor Professor Margaret Gardner AO said the awarding of an Honorary Doctorate reflected the importance of Emeritus Professor Changeux’s contributions to biomedical innovation and the significance of his engagement with Monash researchers.

“Monash is ranked second in the world in pharmacy and pharmacology and is committed to using that expertise to solve some of the world’s most pressing challenges. Our collaboration with Emeritus Professor Changeux has been instrumental to that ambition,” Professor Gardner said.

The Dean of the Faculty of Pharmacy and Pharmaceutical Sciences, Professor William Charman, said: “The collaboration between Emeritus Professor Changeux and Monash researchers has not only culminated in the development of an official system, ratified by the International Union of Basic and Clinical Pharmacology, for classifying allosteric drugs and allosteric pharmacology across all major families of drug targets, but continues to inspire scientists focusing on an entirely new generation of potential allosteric medicines.”

In addition to his outstanding research output, Emeritus Professor Changeux has published sixteen books including Neuronal Man (1985), What Makes us Think (with Paul Ricoeur, 2002), Physiology of Truth (2002) and Beauty in the Brain (2016).

His academic accolades include Canada’s Gairdner award for contributions to biomedical science (1978), the US National Academy of Sciences Award in Neurosciences (2007), the Japanese Society for the Promotion of Science Award for Eminent Scientists (2012) and the Olav Thon Foundation’s International Research Award for Mathematics/Natural Sciences and Medicine, Oslo (2016).