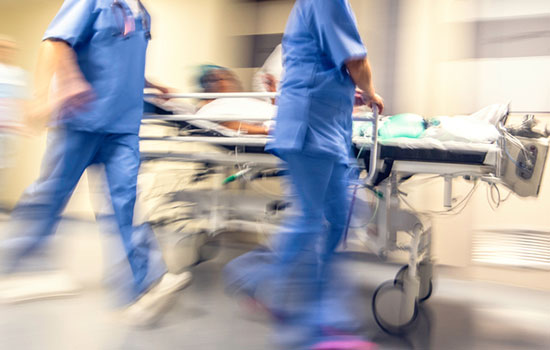 Improving the way data from patients with stroke are collected and analysed avoids misleading comparisons of hospital performance, according to latest research from Monash University.

Published today in the Medical Journal of Australia, the collaborative research from Monash University and The Florey Institute of Neuroscience and Mental Health illustrated the difficulties of ranking hospitals according to survival outcomes if stroke severity is not taken into account.

“Efforts to improve the quality of stroke management rely on rigorous outcome data to avoid misleading comparisons being made between hospitals,” Associate Professor Cadilhac said.

“In particular, stroke severity should be considered in analysis, since it is one of the strongest predictors of mortality.”

“Risk-adjusted mortality rates (RAMRs) from models including, or not including, ability to walk (a measure of stroke severity) were similar overall and ranged between 8 percent and 21 per cent,” said co-author and Monash senior epidemiologist Dr Monique Kilkenny.

However, most importantly the rank order of hospitals changed according to the covariates included in models, particularly for those hospitals with the highest RAMRs—and the models with the best statistical fit were those that included stroke severity.

“We highlight the importance of using appropriate risk adjustment variables and methods for comparing hospital outcomes for stroke, with particular emphasis on the need to account for stroke severity,” Associate Professor Cadilhac said.

“When there is inadequate risk adjustment, this inappropriately allows the interpretation that some hospitals provide sub-standard care and thus may unfairly compromise the reputation of such hospitals and clinicians.”

In an accompanying editorial, Professor Graeme Hankey, professor of neurology at the University of Western Australia, wrote that the research by Cadilhac and colleagues highlighted “the capacity of registries of clinical quality data to inform and complement hospital and national outcome data in the quest to measure, monitor and benchmark patient outcomes.”

“These data may facilitate the evaluation of the effects of compliance with standards and of variations in care on patient outcomes, and assist in the design of interventions to reduce variation that will lead to improved outcomes.”

Associate Professor Cadilhac is also principal investigator for the Australian Stroke Clinical Registry which operates from The Florey Institute of Neuroscience and Mental Health.